The Ghana Police has been hit with a lawsuit from a businessman identified as Harris Owusu Ansu Gyeabour for defamation.

Gyeabour, in his suit, argued that the publication by the police to the effect that he is a wanted man tarnished his reputation and made him lose key business transactions.

According to his lawyers, the conduct of the police officers was unprofessional and has led to far-reaching damages to his image.

Per a report by citinewsroom.com, his lawyers added that the police failed to establish if Gyeabour has committed the offense of defrauding by false pretense.

From what we gathered, the Ghana Police Service declared the businessman as a wanted man in its social media platform.

It also called on Ghanaians to report his whereabouts to the nearest police station. 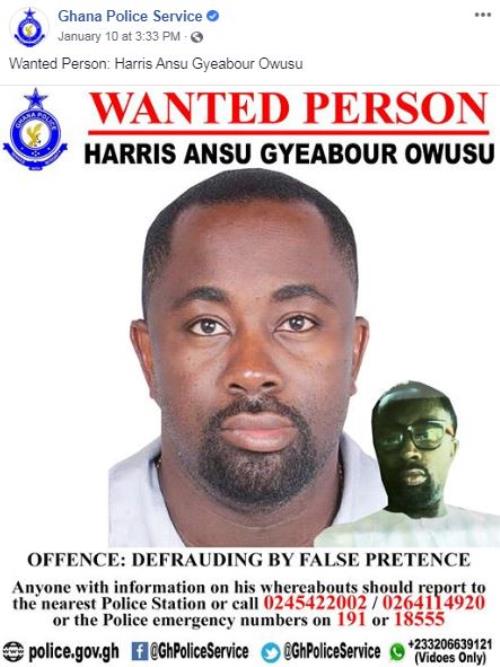 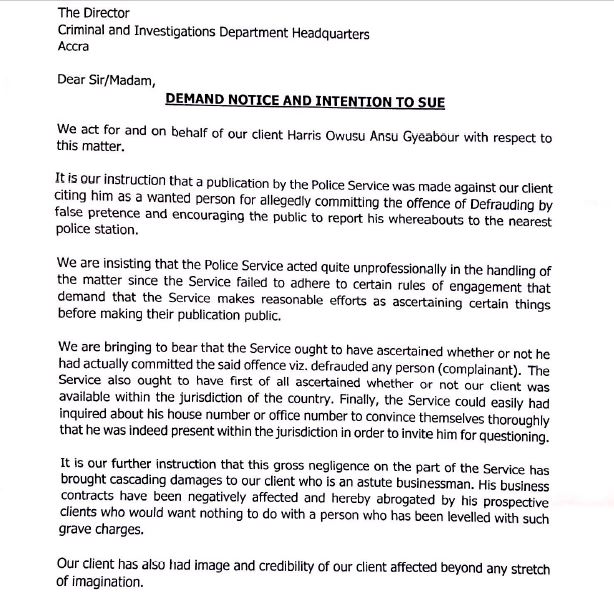