Looks like Yolo actress Fella Makafui might be going back to his raper boyfriend AMG Medikal judging from a reply she gave to a social media user.

For some days now, Ghanaians have been talking about Medikal and Fella Makafui relationship after it was revealed that the two were having challenges in the relationship which later they both confirmed they are single.

Their break up rumors heightened last Sunday when Fella Makafui drove Medikal and Criss Waddle away from her wine shop after they had gone there to apologize and patch things up.

Also Read: Is Medikal and Sister Derby shooting a music video together secretly?

Fella Makafui updated her social media yesterday that she was bored and was ready to answer questions from her fans.

During the Q and A session, a fan wanted to find out her current relationship with the rapper and if whether she was ready to enter into another relationship anytime soon.

But Fella in her reply failed to address her current relationship with the rapper but she, however, made it clear that the rapper is irreplaceable. 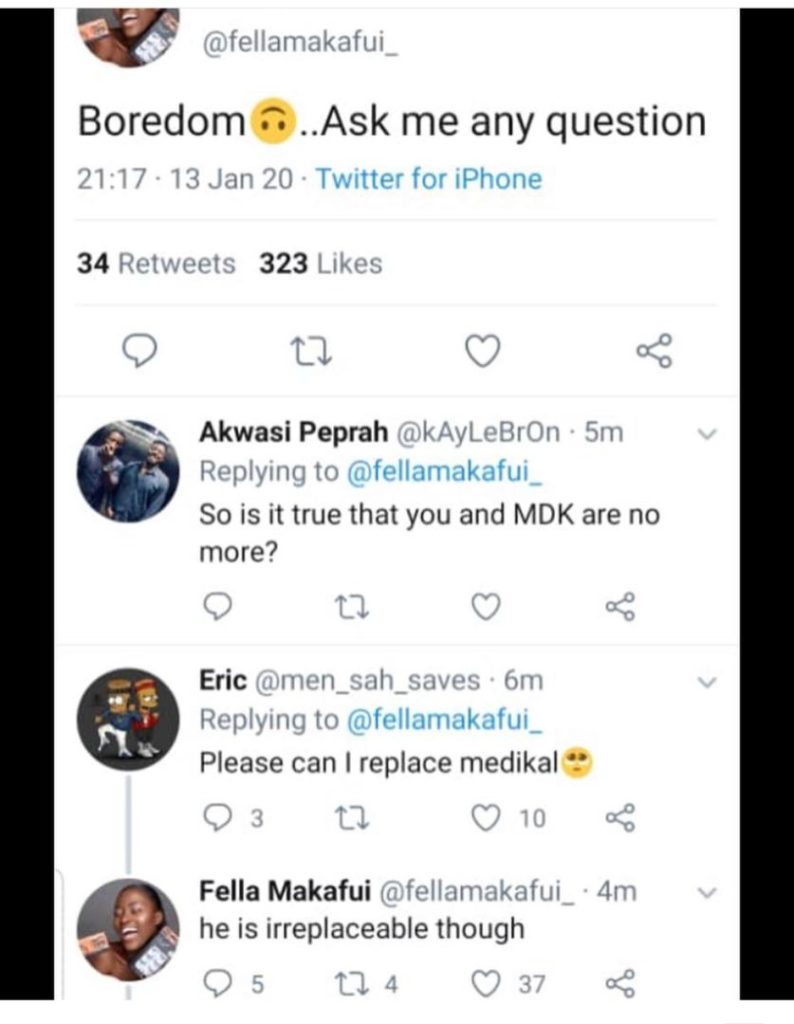