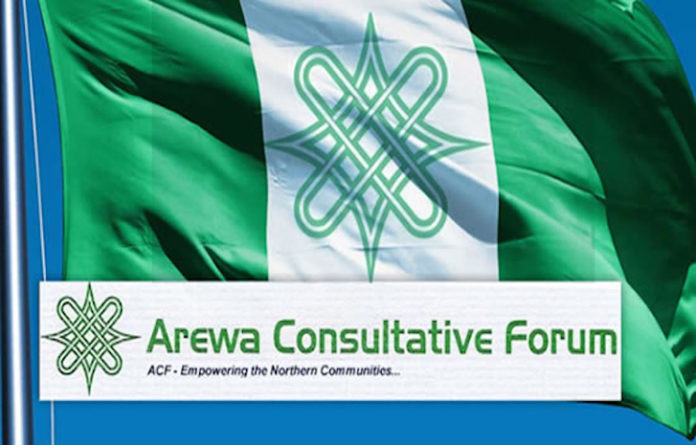 In a statement by Muhammad Ibrahim Biu, its National Publicity Secretary, the body said: “ACF hereby cautions against establishing Regional Tribal Security Forces that may likely affect our unity and national cohesion”.

“The Nigerian constitution of 1999 as amended gives the Governor of a State the powers to direct a Commissioner of Police (CP) in the state with respect to maintenance and securing of public safety and order within the state, which the CP shall comply”.

“This constitutional provision, in addition to the logistics being provided by the State Government to the Nigeria Police Force, if properly utilized, will promote a good working relationship between the State Government and the Police Command to handle any security challenge”.

“It is, therefore, the considered opinion of ACF that the disadvantages of having a Regional Tribal Security outfit like Amotekun outweigh the advantages at this material time of our democratic experiment”.

“Now that the Federal Government has declared the Amotekun Tribal Security illegal, confirmed our earlier appeal that due process must be followed in establishing such security outfits. The only option now left to the Southwest governors is to approach the court for a legal solution” ACF said.