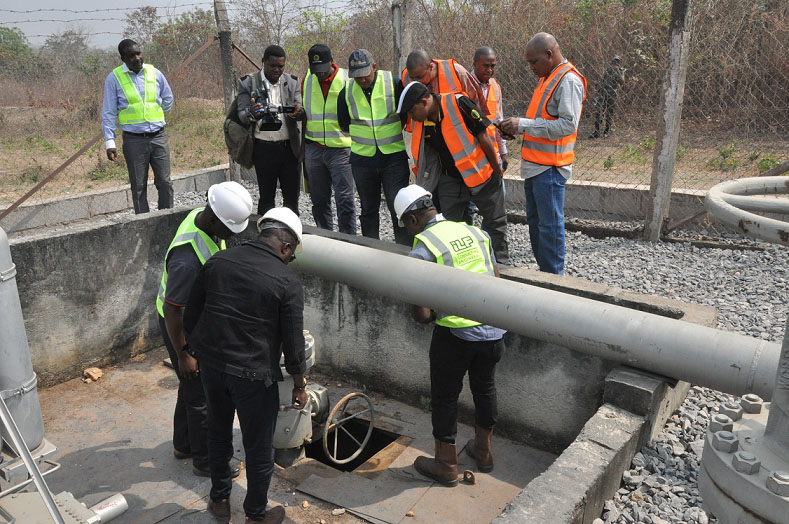 The Ajaokuta-Kaduna-Kano Gas Pipeline Project, christened AKK Project, is a major project that will enhance natural gas supply through pipe from the southern to the northern part of the country. And as President Buhari kicks start its construction today, oil and gas experts reckon that the project will help in the efforts towards reduction of flared gas, increase use of domestic gas as well as serve as a huge boost for the country’s socio-economic development, ASSISTANT EDITOR MUYIWA LUCAS writes.

Nigeria is regarded as a gas province with little oil considering the huge gas deposit. According to the Department of Petroleum Resources (DPR), Nigeria as at January 2019 has over 200 trillion standard cubic feet (Tscf) of proven gas reserves. It also added that Africa’s largest oil producer flared as high as 324 billion standard cubic feet of gas in 2018. The flared gas can generate 2,500 megawatts (Mw) of power and has capacity to attract $3.5 billion investments in the country, the DPR added.

Despite ranking as the ninth gas producer in the world, there had not been a deliberate search for gas in Nigeria until very recently. With the huge natural gas resources of the country, however, the nation’s domestic gas utilisation is low, with data revealing that out of the Liquefied Natural Gas (LNG) and Gas to Liquid (GTL) produced in Nigeria, only 47 per cent is consumed in-country, 44 per cent exported, with nine per cent flared. The low per capita domestic gas consumption is attributed largely to infrastructural deficiencies.

To drive the exploitation of natural gas and maximise value from the resource, the Minister of State for Petroleum Resources, Timipre Sylva, at the Nigeria International Petroleum Summit (NIPS) in Abuja last February, declared 2020 as the ‘Year of Gas.’ The whole essence of the declaration was to emphasise Federal Government’s commitment to value creation from the gas resource through increased domestic usage for power generation and industrialisation, among others. With government’s renewed attention on gas utilization, two major gas pipeline projects – the Ajaokuta-Kaduna-Kano Gas Pipeline, and the Obiafu, Obrikom, Oben Gas transmission Pipeline System commonly called (OB3) project will receive priority attention.

Reeling out the benefits of AKK project, a government’s brief on the project sighted by The Nation said: “AKK Gas Pipeline Project is a 40-inch by 614km pipeline. It has capacity to transport 2.2Bcf/ of natural gas per day, which will be unlocked to the domestic market. It has capacity to supply gas that can generate 3,600Mw of power to be added to the national grid. Besides, it will revitalise over 232 industries,” adding that in Kaduna State alone, over three million jobs were lost due to power crisis and closure of textiles industries.

“It will monetise the abundant gas resources locked up due to infrastructure deficit, create over one million jobs and additionally support the development of petrochemicals, fertiliser, methanol and other gas based industries that will generate employment and facilitate balanced economic growth. Also, based on current real gross domestic product (GDP), this benefit amounts to approximately $1billion per annum and given a conservative pipeline useful life of 30 years, this effect alone on the power sector will, therefore, produce a conservative cumulative gain to GDP of $30 billion,” the brief explained.

Goldman Sachs, also, estimated that for every 5,000Mw of increased power supply in Nigeria, approximately one per cent GDP growth per annum will be added.

Today, as President Muhammadu Buhari does a virtual flag-off of the construction phase of the Ajaokuta-Kaduna-Kano pipeline simultaneously in Ajaokuta in Kogi State and Rigachikun in Kaduna State, it represents a reinforcement of the administration’s investments in gas infrastructure targeted at boosting domestic utilisation of natural gas. The AKK project is a section of the Trans-Nigeria Gas Pipeline (TNGP). It has capacity to transport about 2.2 billion cubic feet of gas daily.

The implementation of the AKK project, according to the Federal Government, is premised on third-party financing, and aimed at improved domestic gas supply, power generation and industrialisation.

The pipeline will originate from Ajaokuta in Kogi State, traverse Abuja (FCT), Niger State, Kaduna State and terminate in Kano State. It is expected to be fed from the existing domestic infrastructure with a capacity of over 1.5 billion cubic feet of gas daily (Bcf/d). It is being expanded by Escravos-Lagos Pipeline System II (ELPS II) and (OB3) gas pipeline currently under construction that will double the capacity to over three billion cubic feet of gas per day

The right of way for the proposed AKK gas pipeline is planned to run parallel to the existing Nigerian Pipelines and Storage Company’s 16 inch-crude oil and 12 inch- product pipelines wherever possible.

The Engineering, Procurement and Construction Contract (EPC) of the project which was awarded by the Federal Executive Council in 2017 has a completion period of 24months and defect liability period of 12 months.

Sylva explained that the AKK Project when completed offers enormous economic and social benefits to the nation. It would unlock 2.2billion cubic feet of gas to the domestic market, support the addition of 3,600 megawatts of power to the national grid and revitalise the textile industry which alone boasts of over three million jobs in parts of the country and support the development of gas-based industries, which will create additional employment.

The scope of work includes Engineering, Procurement, Construction, Installation, Testing and Commissioning of a 40” x 614km pipeline system from Ajaokuta to Kano with associated intermediate and terminal facilities to supply natural gas to off-takers at Abuja, Kaduna, Kano and Zaria environs and along the environs of the pipeline route.

Segment one of the work includes Engineering, Procurement and Construction of 40” X303.4Km linear pipeline system from Ajaokuta to Kaduna with metering stations and a 20”x15km spur line. Segment two includes Engineering, Procurement and Construction of 40” X310.6 Km linear pipeline system from Niger State to Kano with a 24” x 15km spur line.

The AKK gas project is a component of the Nigerian Gas Master Plan (NGMC), a gas infrastructure blueprint, which was approved by the Federal Executive Council in 2008, but which has received serious attention of the Buhari administration. The other major domestic gas transmission systems are the Western System, that is, the existing 36” Escravos-Lagos Pipeline (ELPS) I and II with 2.2 billion cubic feet capacity and the ongoing East-West connection via the Obiafu/Obrikom-Oben Pipeline (OB3) with 2.4 billion cubic feet per day capacity, and the AKK Gas Pipeline.

AKK will supply gas to three Independent Power Plants (IPPs) in Abuja with combined output of 1350Mw, Kaduna (900Mw) and Kano (1350Mw). The AKK Project was approved by the Federal Executive Council (FEC) in December, 2017 on the basis of contractor financing while the expanded ELPS capacity and OB3 are being financed through the annually appropriated budget provisions.

Sources and the Ministry of Petroleum Resources said President Buhari’s flag off of the AKK Project today is a testimony to the untiring efforts of stakeholders who had contributed in one way or another to the gas development efforts of the country, the sources said. They added that the Buhari Administration will ever be remembered for taking the practical step to ensuring energy security for the country by consolidating Nigeria’s aspiration to have a national energy mix that works for the country and the entire citizenry.