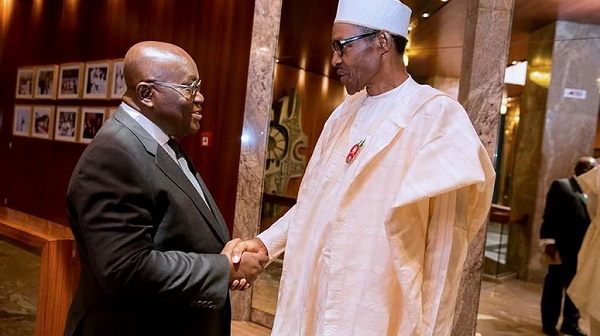 Despite the torrents of effusive apologies from the Republic of Ghana to Nigeria, including the reported remorseful appeal of the Ghanaian President, Nana Akuffor Addo to President Muhammadu Buhari on the misguided action of attacking and demolishing a property in the diplomatic compound of Nigeria’s High Commission in Accra, the question that is most fundamental to ask is, should it have happened  in the first place, if the culprits whether non-state actors or otherwise, had anticipated punitive consequences?

Attacking a diplomatic mission and even seizing diplomats between two hostile states or governments as Iranians did, in the aftermath of the Islamic Revolution that was virulently antagonistic to the U.S and other western governments for their ostensible roles in propping and sustaining the then freshly overthrown unpopular Shah Pahlavi regime is understandable and could be considered an extension of hostilities, but an attack of a diplomatic mission of a friendly country in normal time is an entirely different thing and require more sober introspection.

If language and history are considered vital cultural variables and therefore, influential categories in inter-state relations, Nigeria and Ghana are certainly the most culturally and even politically closer within the West African sub-region, by virtue of common English language and the unfortunate history of British colonial domination.

Though, charting different trajectories in post-colonial politics, with Ghana attempting the socialist modernization and radical pan-Africanism, as Nigeria however, approached pan Africanism with cautious gradualism, and did not seriously challenge, the neo-capitalist political economy of its colonial heritage, the two countries nonetheless maintained cordial and good neighbourly relations.

Prior to the explosive issue of attacks on the diplomatic premises of Nigeria High Commission in Ghana, some matters have been simmering in Nigeria-Ghana relations, especially with certain regulations affecting mostly Nigerian businesses in the country.

However, the demolition of the property in the Nigeria diplomatic mission stands out for its callousness and wanton breach of diplomatic protocol especially the well-known “Vienna Convention on Diplomatic Relations, done at Vienna in Austria on April 10, 1961, for which both Nigeria and Ghana acceded and ratified in June 1967 and 1962 respectively.

Article 23 of the convention also clarified the obligation of the receiving or host  state that it “ is under a special duty to take all appropriate step to protect the premises of the mission against any intrusion or damage and to prevent any disturbance of the peace of the mission or impairment of its dignity.”

According to the foreign minister, Mr. Geoffrey Onyeama, during his meeting with the foreign affairs committee of House of Representatives, the time it took for the Ghanaian authorities to respond to distress calls made by officials at the high commission, following the intrusion into the mission and subsequent vandalization of its property “is extremely troubling,” which means the Ghanaian authorities were in deliberate neglect and breach of the Vienna Convention on diplomatic relations.

The question is why would a receiving or host state deliberately shrink from its obligations under the subsisting diplomatic convention despite what it chooses to do or say after the breach.

Its perception of the victim state as a hollow power, from whom it cannot suffer any consequential collateral damage would have been the original incentive for either deliberately breaching the victim’s diplomatic rights and privileges or neglecting to do anything to discourage its entities from assaulting the diplomatic prerogatives of its victim.

A hollow power is largely derived from the perception of a state by other states both friendly and not too friendly ones as far more inconsequential than it views itself, as internally dis-aggregated and lacking in substance despite appearance, crippled by institutional dysfunction and whose major official actors at various levels of state institutions are bereft of modest integrity associated with high offices and whose processes, procedures, and regulations are worth just a little more than the paper on which they are written.

The hollow state sees the shadows of its potentials, mostly its size, natural endowments and even in its resilient people, but mistakes the un-harnessed attributes for real power.

Other states, certainly aghast at the un-harnessed potentials treat the hollow state with some symbolic and formalistic reverence, which the hollow state mistakes for existential deference.

At the hearing of Ghana’s affront, at the House of Representatives, the speaker, Femi Gbajabiamila wondered that “if it were the United States’ embassy that was demolished in Ghana, do we think the U.S would be talking about apology or we will look into it.”

But speaker Gbajabiamila should have equally inquired if there were any of U.S speakers or any other leader of parliament in the world, that would opt to throw a birthday of himself or of his relative in a foreign country.

A fourth person in the hierarchy of state power, Gbajabiamila’s foreign birthday partying sends the wrong signal of fragile state institutions hollowed out by its handlers for personal aggrandizement.

This and many other actions of public officials render the public institutions dysfunctional and deficient in integrity and contribute largely to the inability of the state to fulfill its obligation to inspire, motivate, mobilize and actuate its potential to actionable national aggregates.

When recruitment to high public offices are done by primordial consideration, with little or no reference to competence, capacity or credibility, efficiency in service delivery, rationality in policy choices and performance takes a flight, depriving the state of a considerable substance without which, it will incrementally grow hollow.

A hollow power has all it takes to spit fire, but other states know, it is mere smoke.

Nigeria’s internal political and economic gaps deepened and widened by rogue actors in the public space is mortally hurting the country.

The measure of real or substantive power of a state is not whether torrents of apologies and appeals come raining down, after one has been kicked in the face but in the fact that a potential adversary or a mischievous friend did not even contemplate to try you out.

In the specific instance of Ghana, it will not be worth it, to have them rebuild the mission property they destroyed before others will begin to imagine, that physically rebuilding Nigeria’s diplomatic property will compensate for wanton violation of Nigeria’s territorial integrity for which the trespass of Nigeria’s diplomatic mission is the actual and proper description.

Again, this incident is another food for thought for Nigeria key political actors to reflect how they individually and collectively through their actions of wanton abuse of office and debasement of public institutions contribute to the growing perception of the country as a hollow power by others.