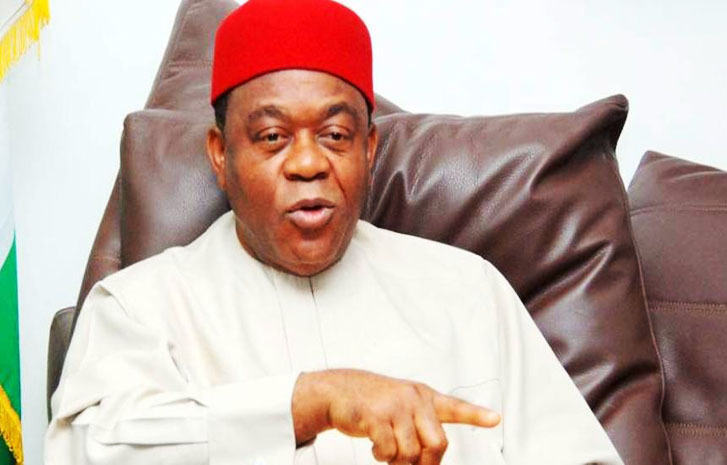 The scriptures are clear on this matter. We ought always to tell ourselves the truth and that, as the Good Lord said, shall set us free. One of the pitfalls of this democracy, nay this republic, is that corruption is about stealing, but also about lies.

Sometimes we play down the area of lies and focus only on the thieving, and in this republic we have seen brazen and elaborate theft by those who should protect our patrimony. Also footloose lying.

What democracy enjoins us is for a republic to be true to itself. Hence the Economic and Financial Crimes Commission (EFCC) has turned laser eyes on quite a few public officials who have acted as fat cats in charge of our fishes and grown even fatter doing so.

One of the persons under such scrutiny is the former governor of Abia State, Theodore A. Orji, who made headlines when the EFCC reeled out charges against him while in office as a two-term helmsman.

The fellow has confessed to quite a few astounding details, especially to the way billions of security votes were disbursed during his stewardship by one Felix whose surname we are still to be furnished with. The former governor has responded to charges of monetary spending, which he said was passed to security officials like the military, the police and others. He also said he did the same to lawmakers and also traditional rulers.

None of the lawmakers or traditional rulers or even members of the security have come up to say none of their people collected money during his tenure. That shows that corruption is a shared vice in this society, and when it is time for reckoning only the “oga at the top” shows up in the dock. There often is no paper trail or document in what in Nigeria is called “chop and clean mouth.” The only mouth that is grubby with oil and crumbs is that of the person who carries the can. He or she becomes a bizarre sort of martyr for them.

So Orji is awaiting the EFCC on that. But Orji says in spite of all that is done, some properties have been hitched to his name, and denies they belong to him, even if EFCC have said they belong to him.  They include the Abia Mall, which he says belongs to the state government with Pro/M Ltd and funded by Ecobank, BENAC Hotels owned by a private business man and proprietor of BENAC Ltd. Another such property is the Estate located at the former ministry of works. Orji’s folks say it is owned by Trademore Ltd, a company with real estates all over Nigeria. Also another Estate now under construction at former Isi Gate, according to them, belongs to Trademore. The fifth is Amaokwei Estate, which he says belongs to the Abia State government.

The documents, not claims, should settle the matter. And courts will have to peruse the documents and tell who owns what. As Apostle Paul says, “We can do nothing against the truth, but for the truth.” Let us not hang him before the court says so. Let the law take its course.