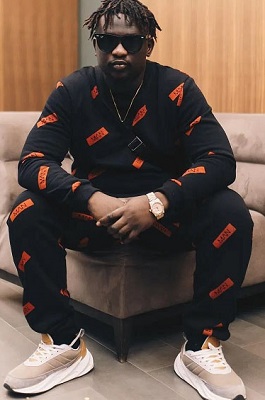 Singer Wande Coal and his management have allegedly parted ways over indiscipline.

The singer and his management are said to have been going back and forth to work things out for a continuous working relationship for some time now.

However, sources disclosed that all attempts to make the business relationship work failed sometimes in May 2020.

Sources further disclosed that the head of the singer’s management team, Oladeinde Fajana, had since ended the business dealings with the singer.

The Nation was reliably informed that the management deal was severed over allegations of gross indiscipline from the singer, who is also referred to as Black Diamond.

Sources also alleged that the singer had been battling with an addiction which is affecting his concentration on career and jobs.

Another source claimed that the singer’s management team had been working on rebranding his career and giving him a facelift without success.

“He has been going through issues with his management over his gross indiscipline. They have been trying to rebrand him and get him back on his position in the industry but he seems to be thwarting every effort of the management deal.

Wande has a good heart but he’s battling an addiction and it’s affecting concentration,” another source informed.

The Nation contacted the singer but his phone numbers were unreachable. However, when contacted, Fajana declined to speak on the allegations saying he has no comment.

Wande Coal became a popular music star in Nigeria after a chance meeting with erstwhile partners, D’Banj and Don Jazzy.

He released his debut album, ‘Mushin to Mohits’ in 2009 under Mo’Hits Records imprint. He went on to release several hit singles and did major collaborations with several music acts across Africa.

The singer joined Mavin Records after the fall of Mo’Hits record and quit the record label after releasing an album. He has since released many singles under his self-owned Black Diamond records.