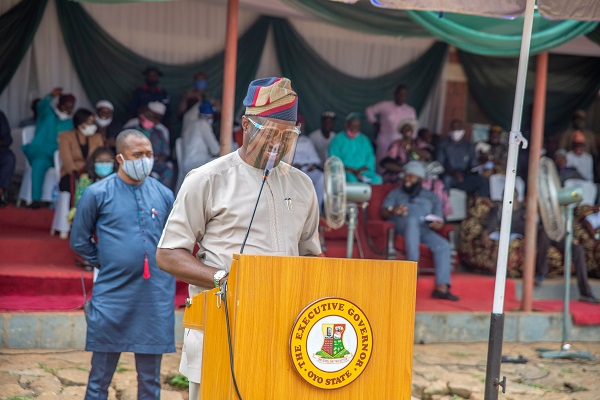 Oyo State government has announced measures that are in place to prevent the spread of COVID-19 in schools, insisting that each pupil must come to school wearing each face-mask.

This is coming as pupils in primary and secondary schools are preparing to resume on Monday.

Commissioner for Education, Science and Technology Olasunkanmi Olaleye, while responding to questions from reporters in his office in Ibadan, said various training have been given to the school heads, principals and teachers on how to monitor and report any sign of illness that showed symptoms of Covid-19 to the authority.

Olaleye said the state has set up Emergency Operation Centres (EOCs) in the capital and at zonal levels and as well as appointed Incident Managers for each school, who will report any emergency directly to the EOCs through special communication lines.

He added that each class would have a warder, whose obligation is to relate with the Incident Managers on his or her observations.

Among the measures put in place is the compulsory hand-washing points at the school entrances and at the entrance of each classroom as well as an alcohol-based sanitiser for the use of students and teachers.

“Throughout last week, what we have been doing was to train school heads and teachers of public and private schools, preparing them for this task of taking firm control of preventing the spread of Covid-19 in our schools as we resume.

“Each school has been mandated to strictly enforce social distancing and observe other protocols against Covid-19 among teachers and students as laid down by NCDC.

“Students are to come to school with their facemasks and follow instructions on the guidelines from the management, these are imperative. The government cannot lock down forever and education is an aspect of life that should not be allowed to suffer backwardness.

“I can boldly tell you that with these measures in place, the children are more safer with us in school than even many homes; imagine situations whereby students are asked to go to private lessons that provided no safety measure. Many follow their parents to markets and workplaces where the possibility of contracting the virus is high. So, they are rather better kept at school than home,” he observed.