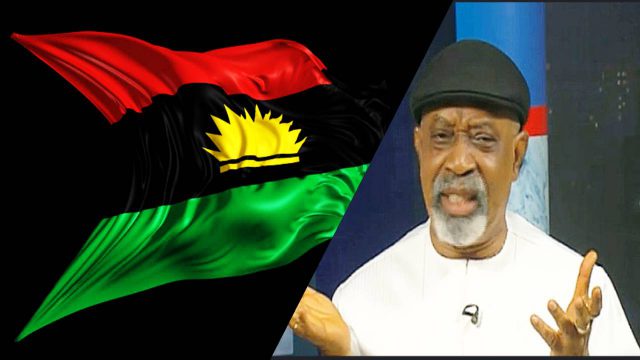 The Minister of Labour and Employment, Dr Chris Ngige, has responded to the fomentation of the Indigenous People of Biafra (IPOB), in the Southeast.

Ngige maintains that the separatist group had brainwashed the people of the Southeast into believing that Biafra would bring an end to unemployment and economic challenges in the region.

Get sense: If holy water can heal the sick, the pastor who sold them to you would not have died young — Ugezu. J….

Ngige warned against such a notion, stressing that the Nigerian government was working towards resolving those challenges.

The minister while speaking on Sunday at a stakeholders’ meeting of the Association of Eze Ndigbo in the 19 Northern States and Abuja said “People have been brainwashed and the separatists humped on that foundation to now shout from the rooftops that we will give you Biafra and when we give you Biafra, all these things will disappear.

“There is no country that does not have its own problems. We have economic problems here, which is why we have unemployment and of course, we have a youth bulge in our population.

“So, the government is devising ways to tackle that. It is a work in progress.”

The proscribed Indigenous People of Biafra (IPOB) led by Nnamdi Kanu has been at the forefront of the agitation for Biafra.