Getting the COVID-19 shot is not a big deal for most, but for Heather Brooke Simpson the experience exorcised the demons of her anti-vaccine past.

“It was liberating to know I was doing my part to end the pandemic for good,” Simpson exclusively told The Post.

The 30-year-old’s enthusiasm for the vaccine flies in the face of her old beliefs. Before seeing the light, she spouted misinformation that all inoculations endanger lives and exist only to boost the profits of pharmaceutical companies.

Simpson, who once boasted tens of thousands of followers on social media, made headlines in October 2019 when a particularly outrageous post she created spread across the Internet.

She posed for a photo showing her face and body covered with red spots and wrote the provocative caption: “Was trying to think of the least scary thing I could be for Halloween … so I became the measles.”

The picture appeared on Reddit and attracted nearly 2,000 comments from supporters and detractors. Some users hailed Simpson’s “bravery” for speaking out while a disgusted critic claiming to be medical professional wrote: “Would you like to accompany me on my rounds? You can tell our measles, encephalitis and viral sepsis patients … that their suffering isn’t all that bad.”

Looking back at the stunt, Simpson said: “I thought: ‘What can I do to stir the pot?’ It was to get attention.”

The Dallas mom embraced the anti-vax movement in late 2016 when she and her husband, Benjamin, 35, were expecting their much longed-for baby. They’d had various medical interventions to help them conceive but, after switching to a so-called “autoimmune protocol diet” (eliminating refined sugars, dairy and grain in favor of fruit, pickles and bone broth), Simpson became pregnant within two weeks.

“It made me doubt Western medicine,” she said.

She ended up watching a set of documentaries by activists without medical backgrounds and pored over anecdotal evidence on obscure websites promoting the anti-vaccine agenda.

Simpson ignored the definitive scientific research disproving any link between vaccines and disorders such as autism and serious illnesses like cancer and brain disease. As a result, she decided her daughter, Charlotte, would skip all routine injections for infants and toddlers.

But it wasn’t until February 2019 that Simpson went public with her controversial views by asking a series of rhetorical questions on Facebook about the need for vaccines among children.

“I tried to make myself sound middle-ground, but, of course, I was very anti,” she said. Her post was seized upon by an army of anti-vaccine moms who sent friend requests, lauded her opinions and asked for advice about withholding their own kids’ vaccines.

Soon Simpson was on the radar of pro-vaccine advocates enraged by her posts. “I’d wake up in the middle of the night and check my phone,” she said. “There’d be 10,000 comments — and a lot of them were telling me to kill myself.”

But the hate spurred her on. Simpson said: “My enemies made me feel that I was standing up for something important.”

The increasingly smug influencer continued to post anti-vax statements and divisive polls on Facebook under the name “Evidence based Mama.” But the largest firestorm was her obnoxious measles photo.

“I didn’t know whether an angry mob would show up at my door,” Simpson said. Nonetheless, when a close friend expressed her disapproval, she wrote a half-hearted apology on Facebook saying: “I am not afraid of the measles, but I shouldn’t have done it this way.”

Then, in early 2022, a series of events triggered a re-think.

Charlotte’s pediatrician offered the little girl a tetanus injection after she was badly scratched by the family cat. Though Simpson turned it down on principle, she began to wonder if the shot was a good idea.

The same week in February, she posted about her upcoming surgery for endometriosis. Instead of wishing her well, her legions of Facebook friends insisted the operation was “the easy way out” and recommended she “ate better” to cure the complaint.

“It was so upsetting,” Simpson remembered. “They made me feel guilty — as if I was being lazy — but, without the surgery, I knew I was putting my life at risk.”

Things got even worse the same month when followers reacted badly to her reflective comment that she “didn’t want to abolish vaccines, just to make them safer, because I know at some point, at least one vaccine somewhere has saved someone’s life.”

The anti-vax brigade turned on their one-time poster girl. Simpson recalled: “I got hundreds of comments saying that I was this plant by the government; that I was never anti-vax; the government put me here to gain information from them and that I am in cahoots with the Clintons.”

The bile became so vicious, Simpson was admitted to the ER after a daylong panic attack brought on by the online abuse. “I couldn’t catch my breath,” she said.

Then, as a final straw, the coronavirus hit. According to Simpson, many of her formerly devoted pals turned out to be Q-Anon supporters who insisted the pandemic wasn’t real. They lashed out at mandates to wear masks and refused to comply with social-distancing rules.

She read about the dangers of COVID-19 and went on a fact-finding mission on the safety of vaccines. A key finding was proof that a widely circulated 1998 study by the now-disgraced British physician Andrew Wakefield was in fact fraudulent. Wakefield, whose medical license was later revoked in the UK, stoked fear and caused untold damage with his highly dubious research connecting the MMR vaccine with autism.

Simpson’s ultimate decision to trust the science led to her COVID vaccination this spring and little Charlotte getting the jab for polio. The tot will receive all her other vaccines in due course.

Now, with the benefit of hindsight, Simpson finds herself cringing about the past. “I was horrible,” she admitted. “But I don’t think I was a bad person. I made a lot of bad choices and thought I was smarter than everyone else.”

As for making amends, Simpson is firmly behind the campaign to persuade more of the population to vaccinate against the coronavirus.

Directly addressing people who might still be hesitant, she said: “I encourage you to go get the COVID vaccine. It’s very important. Do your part to end the pandemic and get our lives back to normal.” 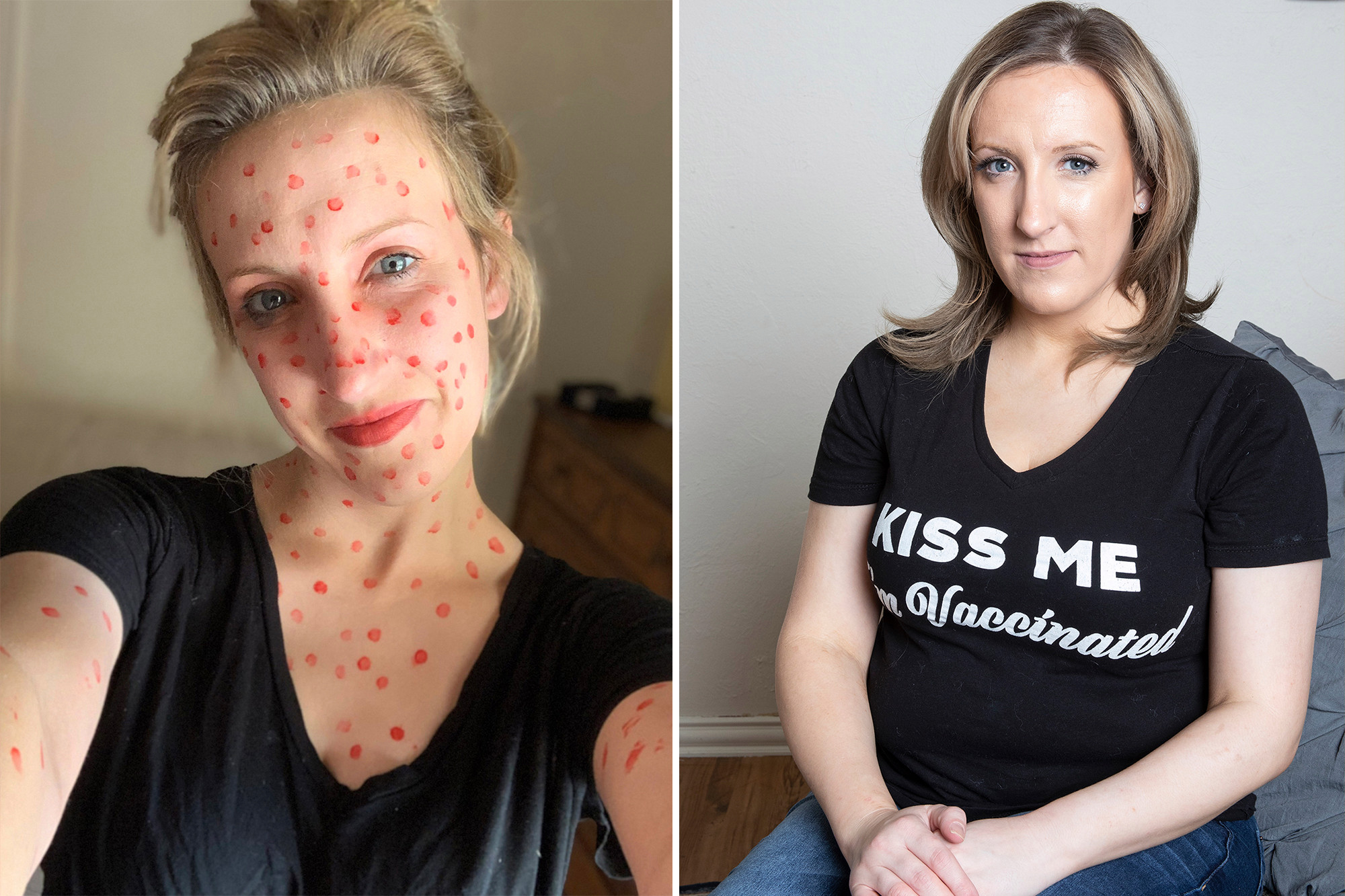