Billionaire daughter and Disc Jockey, Ifeoluwa Otedola, also known as DJ Cuppy, has been fingered as the reason why England lost to Italy in the Euro 2020. 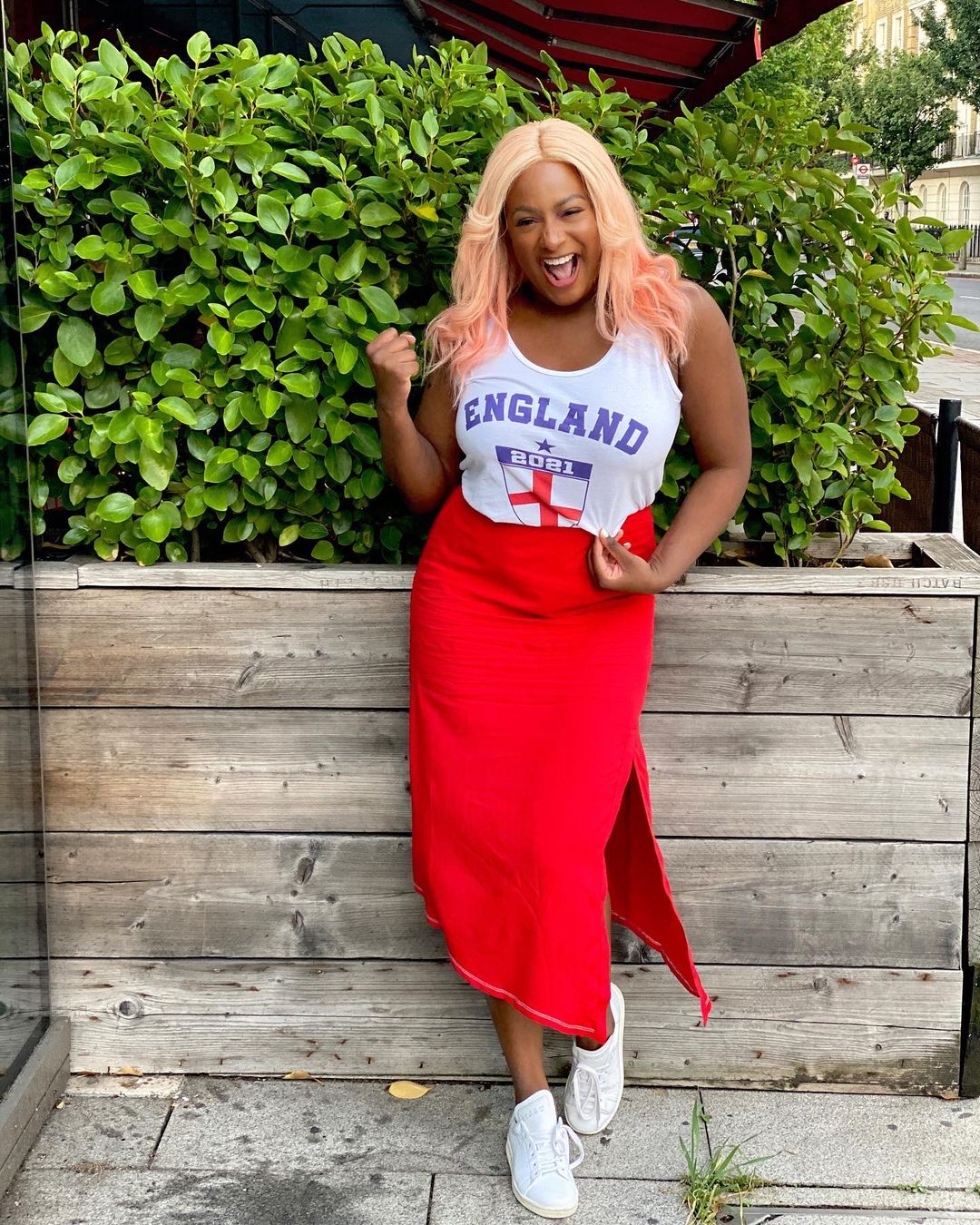 Before the finals on Sunday, DJ Cuppy had been tipping England to lift the trophy; however, at the end of the game, Italy emerged as the Champions of Europe.

Following England’s defeat, a fan took to his social media timeline to drag DJ Cuppy as he claimed she was the reason for England’s loss.

The Billionaire daughter, in a reaction, stated that she accepted that she is the reason. She wrote, “I’ll take it… Anything to protect my Black Kings.”

See the post below as shared by DJ Cuppy via her Instastory. 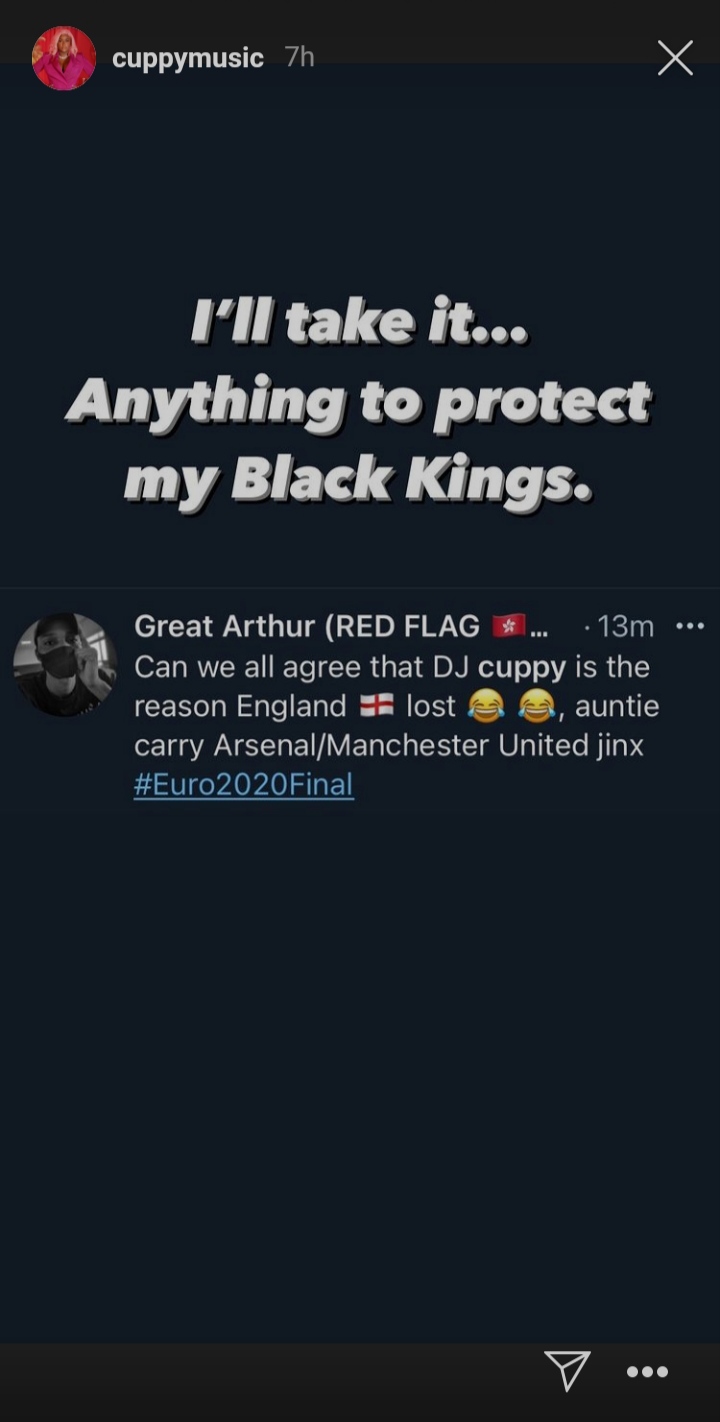