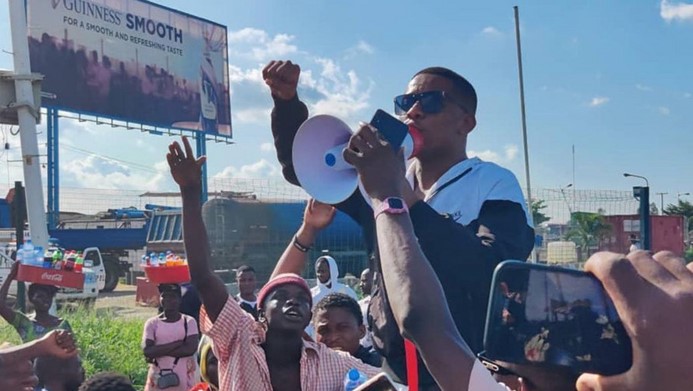 Nigerian musician, Small Doctor on Saturday, took to the streets to protest against bad governance, insecurity, amongst other concerns.

Hours after the June 12th protesters at Ojota, Lagos state were dispersed by police Anti-riot squad, Small Doctor stepped out to join other protesters.

He joins colleagues, Tiwa Savage, Mr Macaroni and Toke Makinwa who earlier came out to march in solidarity with protesters.

The ”Penalty” hitmaker addressed protesters and decried the state of the nation. He said that the people are tired and they have had enough.