Recall that legendary Nigerian singer Sound Sultan, who passed on on Sunday, July 11th 2021, was buried in New Jersey in the US. 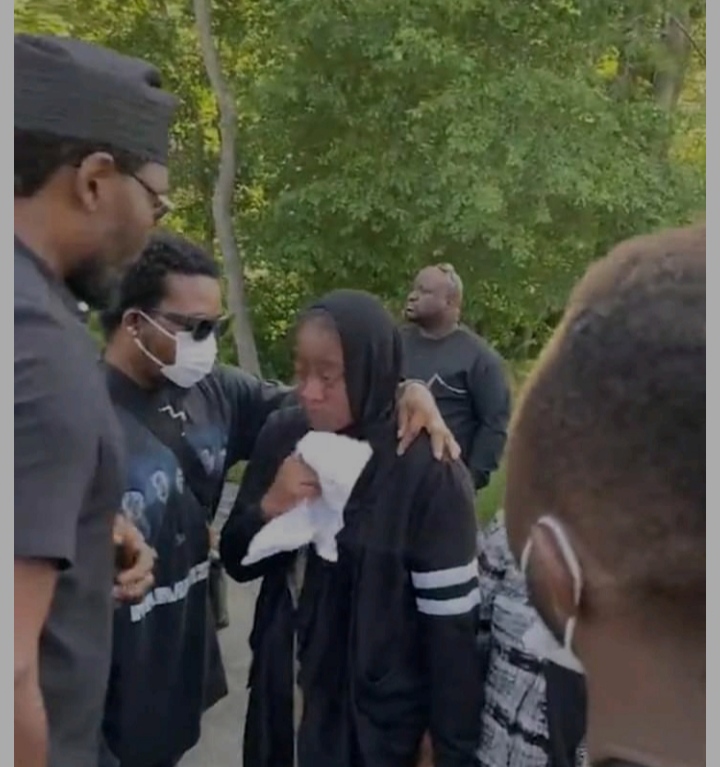 While Nigerians are still reacting to the death of the talented singer, photos of YBNL boss, Olamide consoling Sound Sultan’s wife has gone viral.

Sound Sultan’s wife, Farida Fasasi, could be seen crying uncontrollably during her husband’s funeral, Olamide was seen trying to console her.

The act by the YBNL boss has gotten a lot of people emotional on social media, with many applauding Olamide for his selfless act.

Some also reacted that Olamide never posted a picture from the funeral as they stressed that the singer is all about action.

See some of the reactions below; 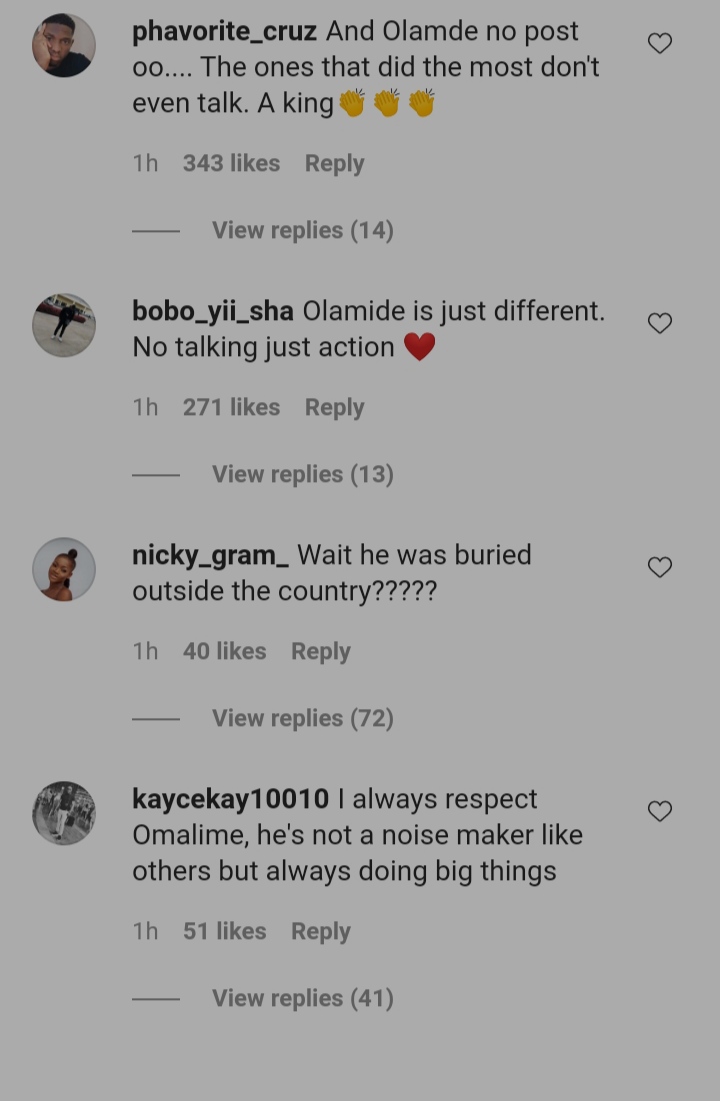 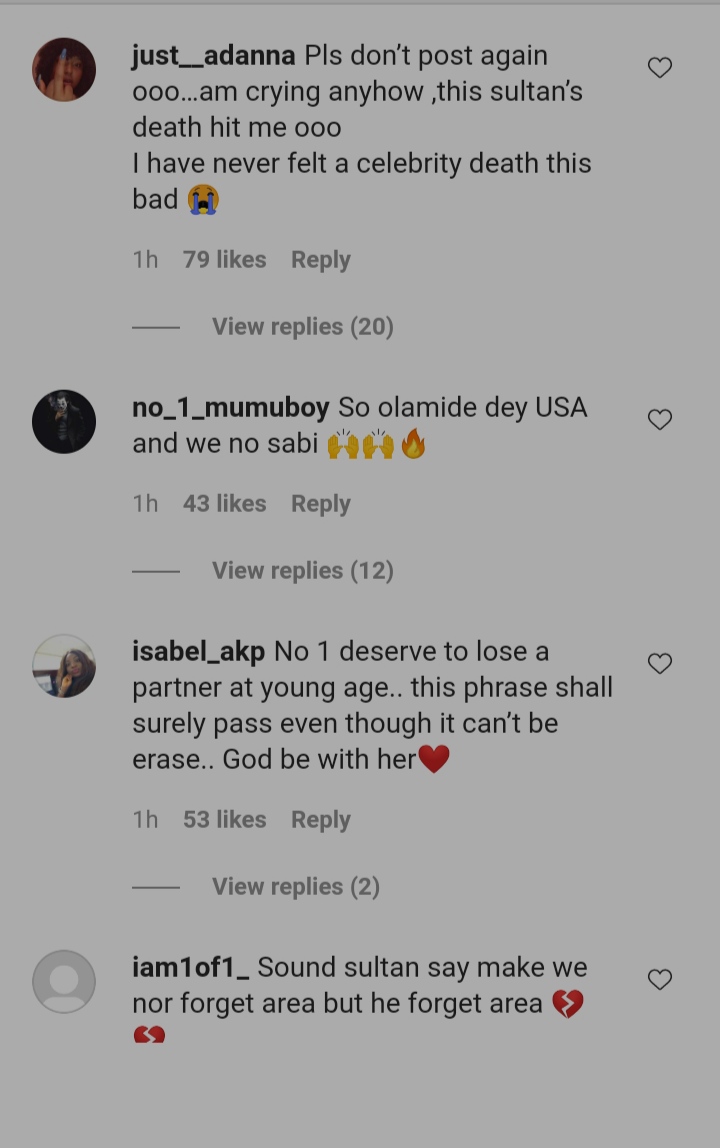