More fans of crossdresser Bobrisky are unhappy that he took them for an easy ride after weeks of anticipation for the newly enhanced surgical body. 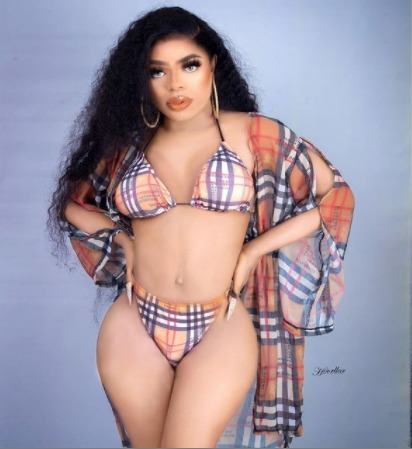 Recall that Bob has been on the news of late as he talks speedily about what to expect as he enhances his butt for his boyfriend who’s crazy about his looks.

Although the wait is over, more fans are unhappy and have shown their displeasure of not seeing the content they bargained for. As more people have insisted that the pictures shown are photoshopped. 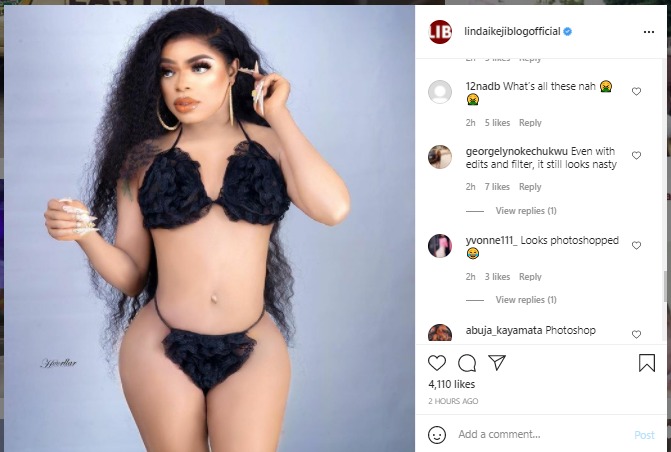 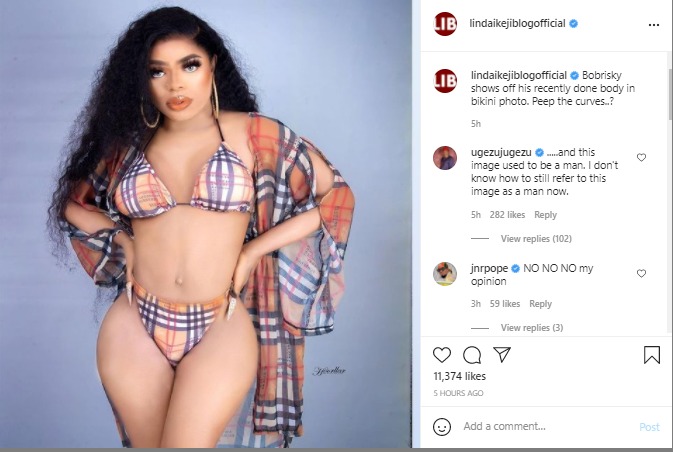 ugezujugezu: …..and this image used to be a man. I don’t know how to still refer to this image as a man now.

inia_barbie: The chest tho. I’m I the only one that noticed there’s no cleavage despite the weight of the breast?. Hips look edited. BOB DO LIVE VIDEO lets further confirm thid curves cos they look edited?.

_princess_uti: Jesus my eyes?, who else zoomed. This pic

fashion_magicblog: This guy knows how to use the internet, that is why he is making money so well from it meanwhile this doesn’t look real.