Notable philanthropist, Olakunle Churchill engages a troll in one-on-one verbal combat over insinuations of loving one of his sons more than the other. 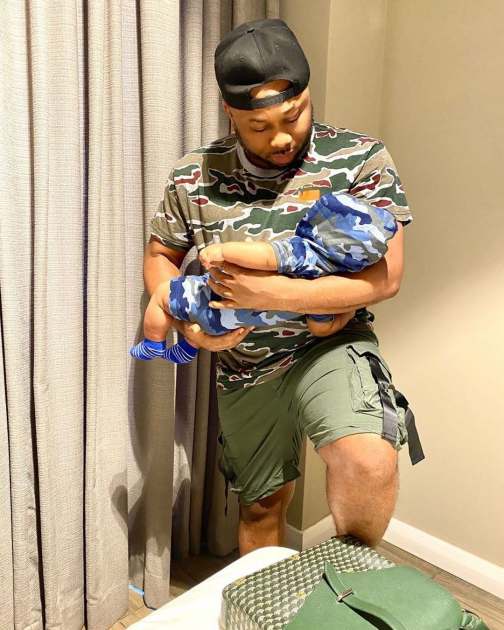 Churchill who recently had a child with his new wife, Rosy Meurer, took to Instagram to ask his followers to follow the new page of Rosy’s son.

“Go follow my son King Churchill’s real official Instagram page @therealkingchurchill and watch out as he shares his journey daily and more amazing posts like baby food tips, fashion / lifestyle and his charity works,” he wrote while sharing a photo with his son.

In reaction, a troll took to the comment section to lecture the businessman for showering affection on his new son than that of the one he had with his ex, Tonto Dikeh. 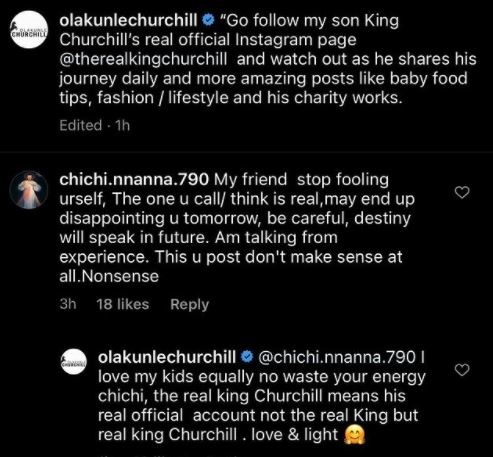 Churchill who seems infuriated by the intrusion took to his page to share a snapshot of the reply as he further expressed his mind.

“Just because you know how to speak English doesn’t mean you’re smart… People love to jump into baseless conclusions and neglect their own personal problems by chasing other people’s matters on social media…iranu!”