A Nigerian senator, Adelere Oriolowo, has unveiled a community base station in the Ago Owu Farm Settlement in Osun State as a constituency project.

The All Progressives Congress lawmaker who represents Osun West Senatorial District in the National Assembly unveiled the project on Friday, according to SaharaReporters. 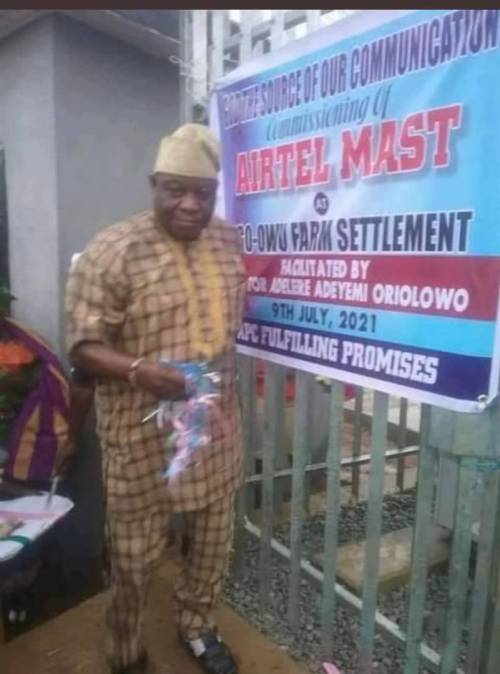 “God the Source of our communication; Commissioning of Airtel Mast at the Ago Owu Farm Settlement; facilitated by Senator Adelere Adeyemi Oriolowo, July 9; APC fulfilling promises,” the banner reads.

Airtel, the mobile telecommunication company had yet to react to Oriolowo’s opening of its mast as a community project.

In January 2020, the same federal lawmaker had promised to use the rest of his life to serve his senatorial district and the humanity at large.