A police woman identified as Bolaji Senjirin has given birth to a set of triplets in Ogun State.

The state Commissioner of Police, Edward Ajogun paid her a visit shortly after she delivered the babies.

Ajogun, in company of executive members of Police Community Relations committee (PCRC) visited the Kemta residence of Senjirin on Wednesday. 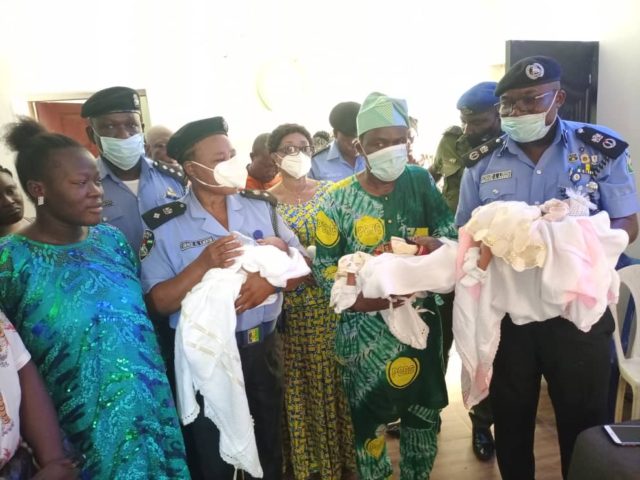 Ajogun expressed gratitude to God for the safe delivery of the the babies and assured the family of his continued support towards the upkeep of the babies since the mother who is an orderly to his wife is regarded as a member of the CP’s family.

He also made a cash donation to the babies and prayed that they would live to fulfill their destiny.

In the same vein, the Chairman, PCRC in the state, Arch. Samson Kunle Popoola and the spokesman for the command, DSP Abimbola Oyeyemi supported the family with cash donations, while the women wing of the PCRC also pledged to support the family.

Meanwhile the triplets, two boys and a girl are all in good condition.