Philemon Igbokwe, a secondary school student, has been rewarded with sizable money for returning a lost phone to the owner in Port Harcourt, Rivers State.

A lawyer, Emma Okah, shared the story on Facebook on Sunday, April 11, narrating how Philemon saw the mobile phone forgotten by a wedding guest in the restroom of an event centre and returned it. 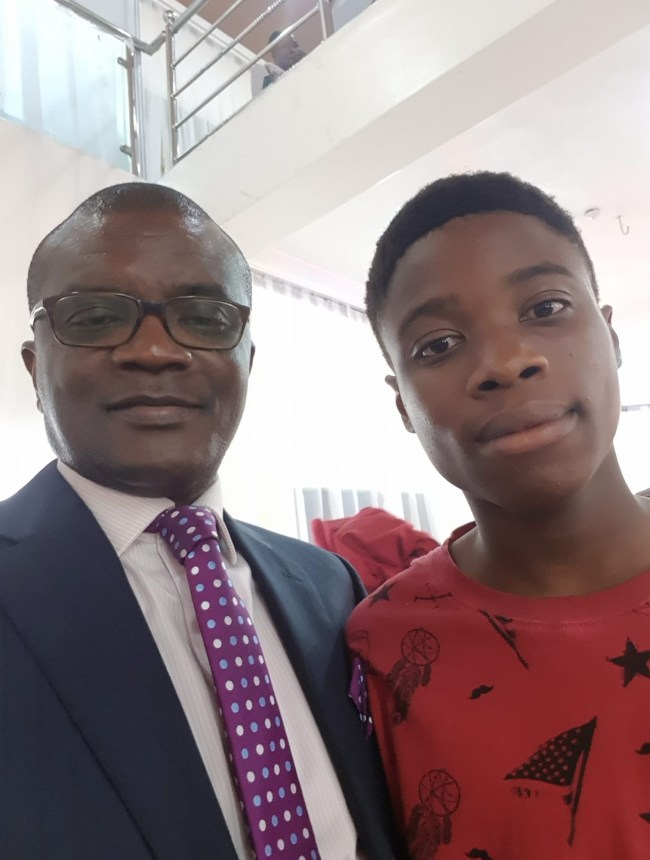 ”The boy with me in this photograph is Master Philemon Igbokwe. He is a student of Federal Government College, Rumuokoro, PH, Rivers State. He has no phone, even the cheapest.

”Philemon demonstrated a rare feat of honesty by picking and returning a new android phone forgotten by its owner in the restroom. The MC announced this at the event and people were excited to see such show of honesty from a young boy in a country riddled with vices.

I am proud to Congratulate Philemon and his parents for the example he has shown that there are still young ones with integrity in our country. I pray God to uphold Philemon and his family in greatness, honour and success in life.” 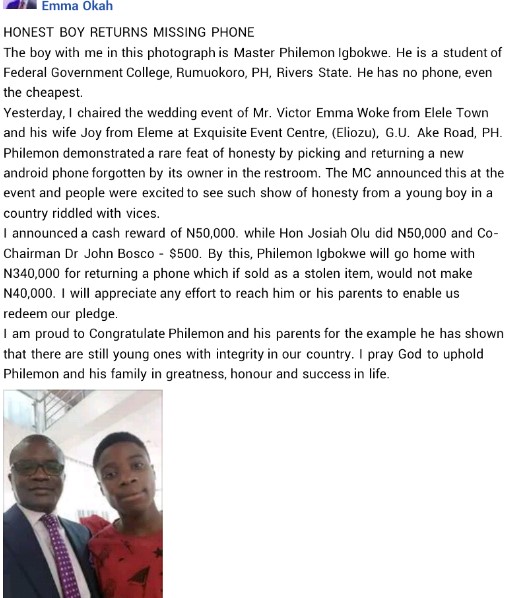