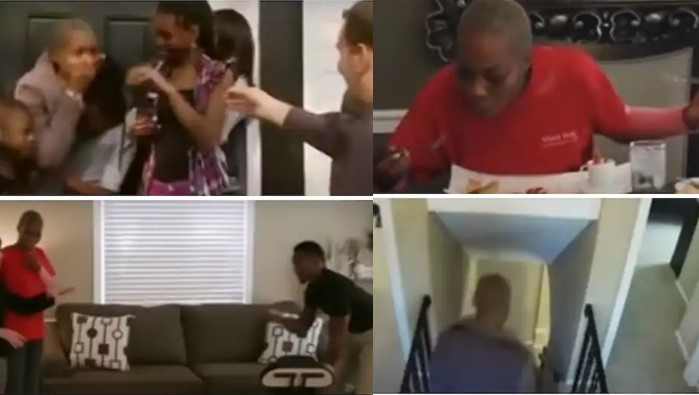 A woman who cleans homes for a living recently became a homeowner courtesy of her boss who surprised her with a house gift.

Cara Simmons got a huge surprise from her boss that she will probably not forget for a long time to come. The cleaner was gifted a new house by her kindhearted boss in a pleasantly planned manner.

Cara resides in Cleveland, US where she cleans homes passionately not minding the toll it had on her health, Goal Cast reports.

To reward her hard work, an organization planned with her female boss to surprise her with the house as part of a programme named Prank It Forward, where she was directed to go clean a different house.

In a video shared by Daily Mail, the hardworking single mother of three arrived the house but a lady who was part of the whole surprise set-up told Cara that there was no cleaning that needed to be done. Instead, Cara was treated to different meal courses and tried out new wears.

After the nice treat, to Cara’s shock, the keys to the apartment were handed to her.

Her boss identified as Mary Jo described the cleaner as one that gives her all to her job.

“She gives her all to her work and her family,” she said.

Cara would also be going on an all-expense-paid trip to a city in Mexico along with her sister named Glo Nicholson.