Instagram has deleted the page of former presidential aspirant, Adamu Garba, from its platform.

This comes barely two days after Google deleted his Crowwe app from the Play Store.

A recent check showed that Instagram had taken down the APC Chieftain’s IG account from the popular image and video sharing app, with his page displaying ‘the user not found.’ 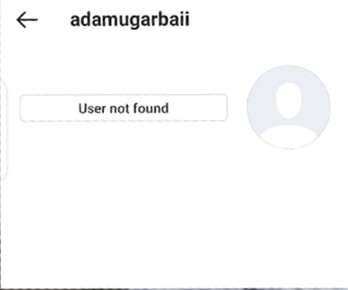 When contacted on Tuesday for comments on the development, Garba told The Gazette that Instagram took down his account because some users reported him.

“It was reported by some users and was disabled by Instagram,” he said.

The reason for reporting Garba’s account was unclear as of the time of filing this report. But lately, he has received a public backlash regarding his Crowwe app accused of disingenuity.