A video which has stunned many social media users involves a man surprising his woman with an expensive gift despite her refusal to be his wife.

The young man bought a brand new car for her weeks after she rejected his marriage proposal. 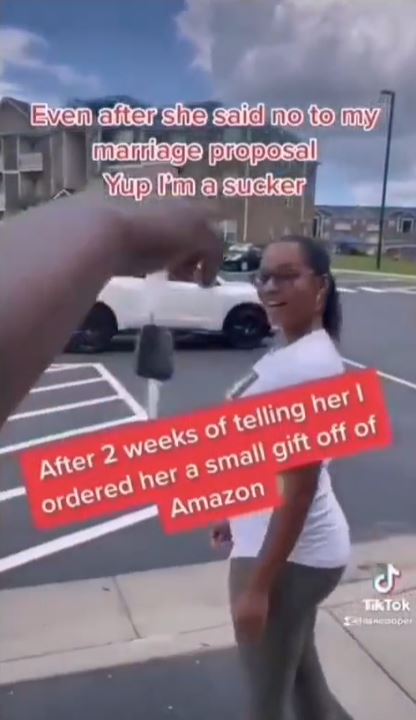 According to the man with TikTok username @Turkcooper, he already told her he had a small gift for her but didn’t reveal what it was.

In the video, he could be seen leading her out of the house with her eyes closed and the moment she saw the whip, her face lit up with speechless excitement.

She then inspected the the car after which she immediately hopped in for a test drive.