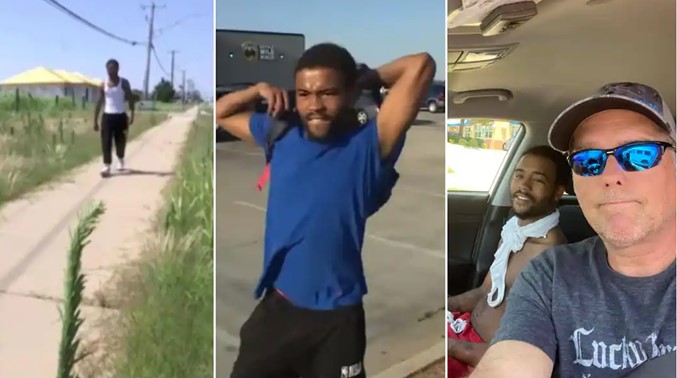 A man who treks work daily has seen his fortunes change for the better overnight owing to how touched by his story many people were.

Donte Franklin walks many miles to his workplace every day because he cannot afford to transport himself with his meagre earnings.

However, after his story wen viral, he got the kind of help he would never have imagined.

It all started when a good Samaritan, Michael Lynn, saw Donte walking one day and asked why he was doing so.

He revealed that he walks over 8 miles to and from work to be able to put food on his family’s table, GoalCast reports.

Walking to Buffalo Wild Wings where he works takes him more than two and half hours and even though it is arduous, he still treks back home.

He said: “I really don’t care if it gets tiring. I just have to keep pushing. I walk just to make my family proud.”

Many givers turned up and more than $52,000 was raised. Michael said he hopes what he has done inspires other people to always help those in need.

Speaking to Fox News, Donte said he has not missed a single shift at all since he started working.