A Nigerian man has alerted Jason Njoku, the owner of Iroko TV of an alleged plot by some Northern youths to ensure the deletion of his app from Google Play Store.

The man who raised the alarm took to Twitter to share screenshots from a Facebook page, where the group plotted to report Iroko TV in retaliation for the removal of Adamu Garba’s app, Crowwe.

This comes days after Crowwe was removed by Google following copyright infringement by the social media company.

Following the announcement of Twitter ban by the Federal Government of Nigeria, Garba presented the Crowwe app as an alternative to the microblogging website that can help “to grow Nigeria.”

“This is the best opportunity to grow Nigeria to Build Nigeria, Crowwe to the World”, Garba tweeted.

He also expressed his excitement in an interview with Channels TV that the federal government has banned the operations of Twitter in the country.

In retaliation for the removal of Crowwe from PlayStore, Northern youths mobilized to start reporting mobile apps belonging to Igbo people. 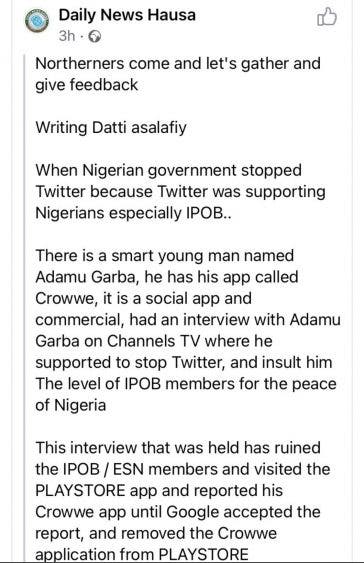 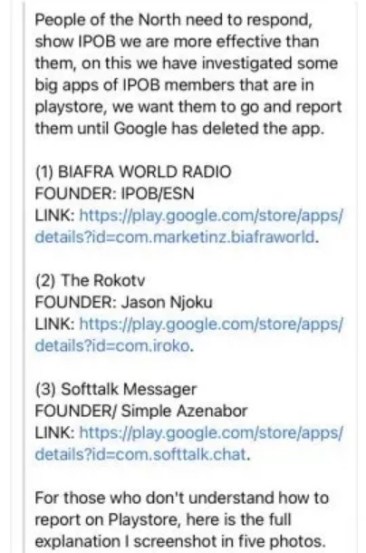