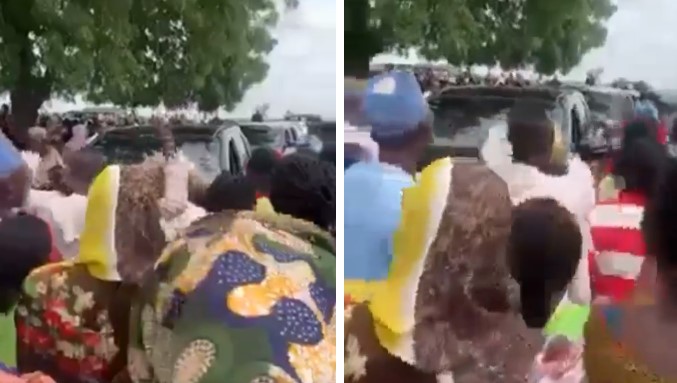 Kaduna Internal Affairs commissioner, Samuel Aruwan was on Tuesday, booed by parents of students of Bethel Baptist High School who were abducted by bandits.

In a viral video, the commissioner could be seen arriving at a public space where the parents had gathered. But he hadn’t even arrived fully before he was welcomed with sounds of rejection.

Aruwan’s convoy was forced to leave the area after the angry parents continued shouting that he should go.

Recall that on Monday, bandits attacked Bethel Baptist school in the Chikun Local Government Area of Kaduna State, where an unspecified number of students were kidnapped.