One Kemisola Ogunniyi who was allegedly arrested during the #EndSARS protest in Akure, Ondo state, last year, has welcomed a baby at the Surulere prison.

Newzandar News publisher, Omoyele Sowore who shared the story on Facebook, claimed Kemisola was arrested by the police on October 24, 2020 on the grounds that she looked like one of the protesters that burnt the APC office in the state. 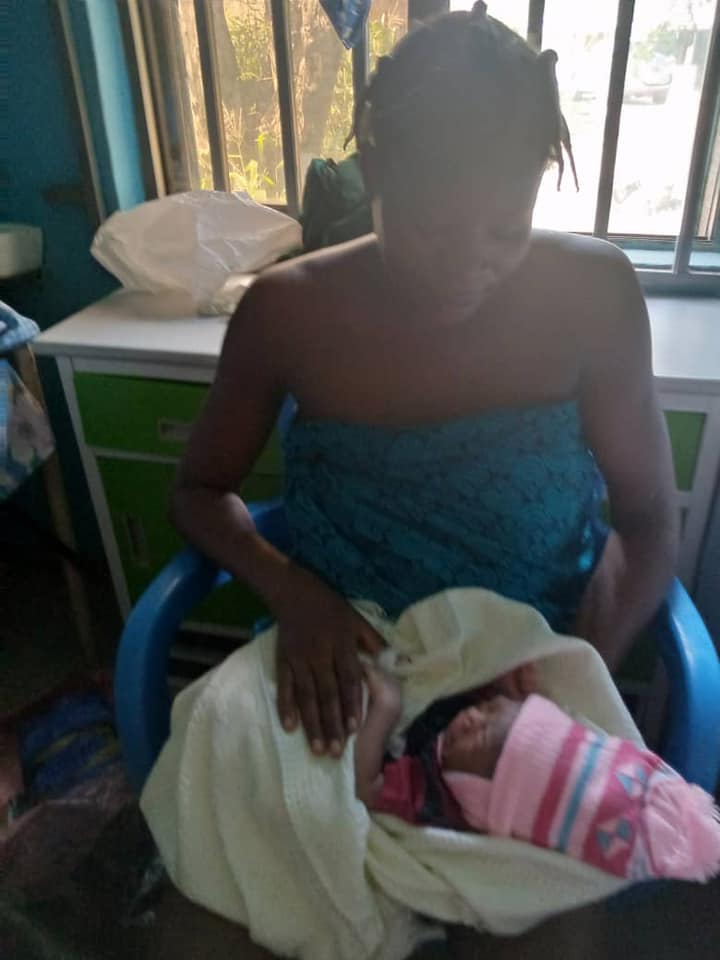 He said since then she had been in prison and has just welcomed her baby.

Sowore wrote; ”@RotimiAkeredolu Kemisola Ogunniyi just delivered a baby in prison. She was arrested in Akure during #Endsars, didn’t commit any offence, only going to the pharmacy for her mother @policeng arrested her, claimed she looks like #Endsars protesters who burnt OfficialAPCNg office.

The green cloth on the table is the same she being wearing in prison. 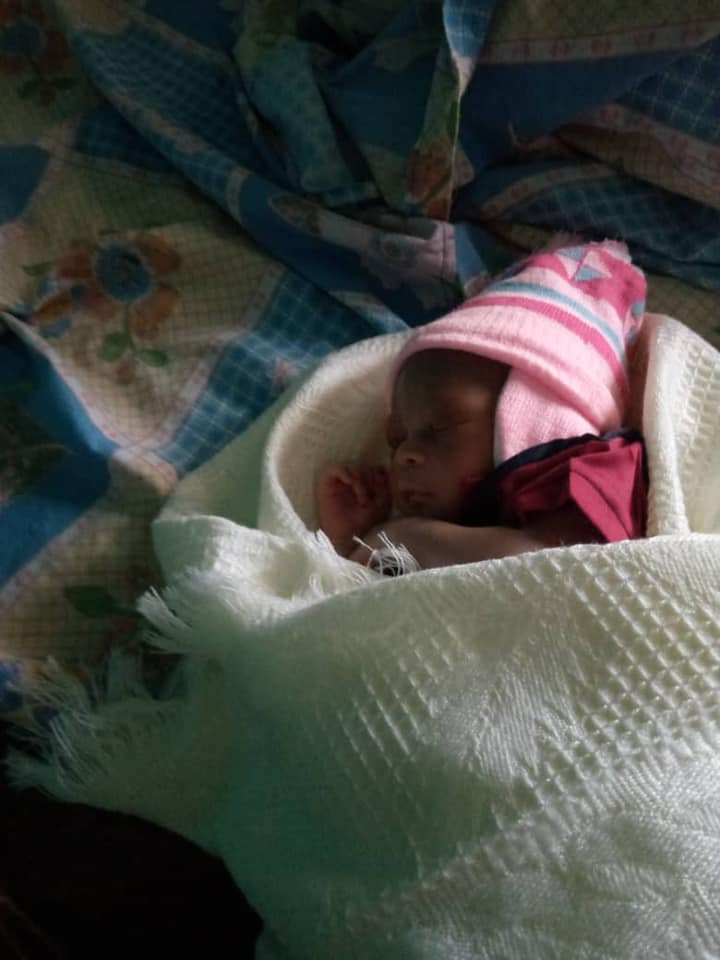 Kemisola has been imprisoned at Surulere prison in ondo state since October 24th 2020!” 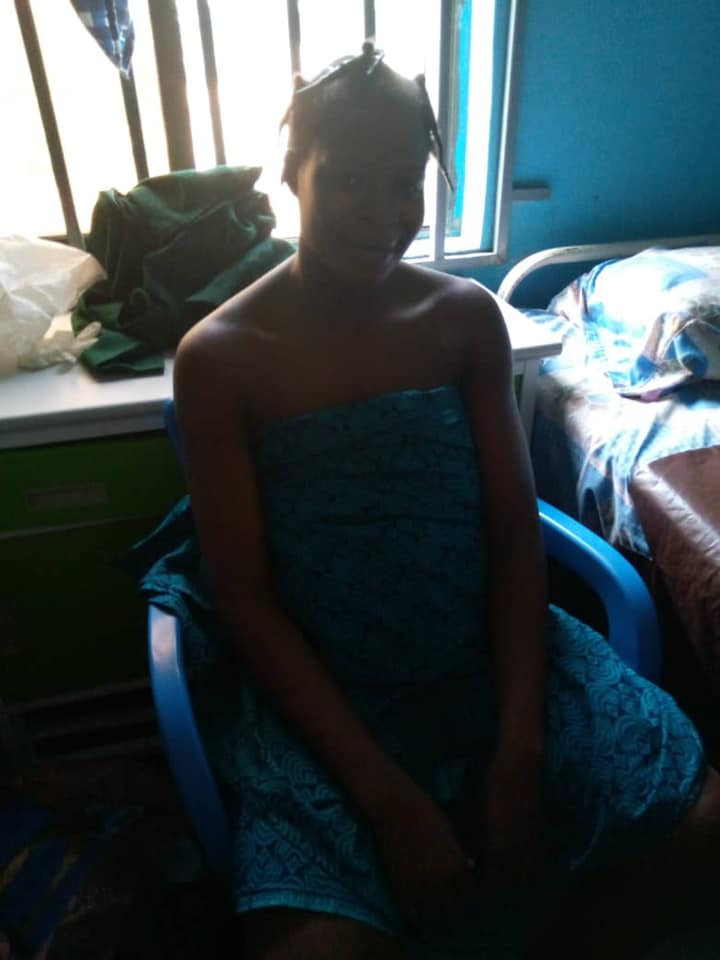 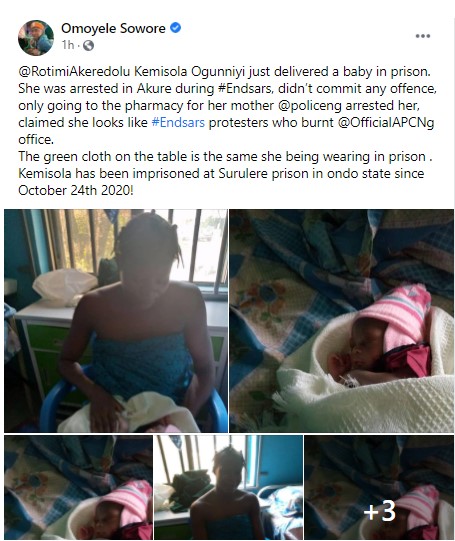