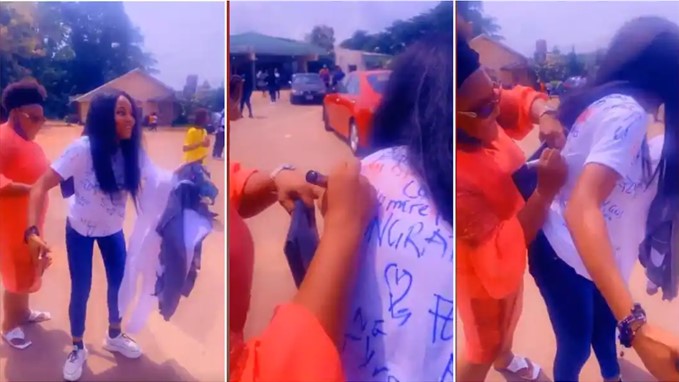 A video which recently surfaced online shows a mother joyfully celebrating her daughter on her graduation.

In the clip that was recently posted online by a LinkedIn user, Emmy Williams, the mother who was excited as her daughter graduated from the university she signed on her shirt.

The daughter positioned herself so that her mother can find a proper spot to put her signature.

The mother did not only sign on a spot, she did on several places on the shirt, showing hers has got to be different from others.

Emmy, the lady’s brother, revealed that his sister is the fifth graduate in their house. He, therefore, praised his mother for sponsoring them through the university.