A situation that isn’t seen often and that has left many people asking questions on social media is the theft of a policeman’s phone while on duty.

In a video which has gone viral online, a thief on a bike could be seen snatching a policeman’s phone from him in broad daylight. 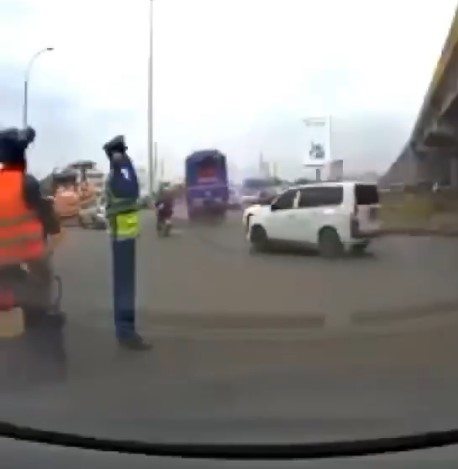 The officer could be seen standing in the middle of the road probably controlling traffic while making a phone call.

The thieves who were on a motorcycle rode towards him, snatched the phone and sped off.