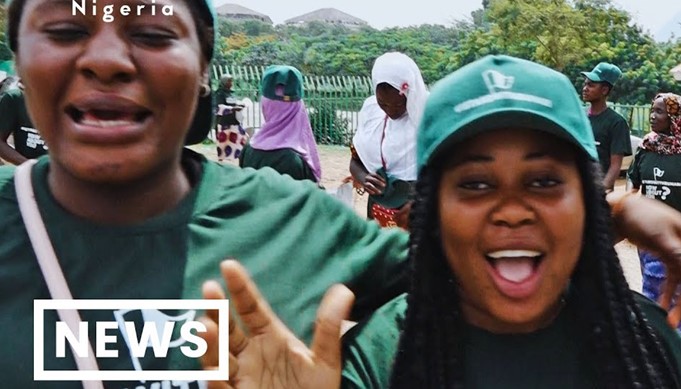 Some pro-Buhari supporters have admitted that were promised N1,000 to come out and stage a counter-protest against the June 12 protesters in Abuja on Saturday.

Various groups scheduled demonstrations on June 12 – designated as Democracy Day in Nigeria – to protest against the state of the nation.

The June 12 protesters had chosen the Unity Fountain as their convergence point, but they could not gain access to the venue.

Interestingly, moments later, some pro-government protesters converged at the venue under the aegis of #IStandWithBuhari movement.

The protesters were clad in white and green T-shirts and carried placards with different inscriptions to show their solidarity with President Buhari.

Speaking to Roots TV, two of the protesters, both women, admitted that they were promised N1,000 each if they participate in the protest.

When asked by the reporter if they have been paid, one of the ladies said “no”, but stated that she is sure they will be paid.

The interview was, however, cut short by one of the leaders of the #IStandWithBuhari movement, who insisted that “nobody should grant any interview”.