Chairman Heirs Holdings, Tony Elumelu has narrated how luck played a huge role in landing him his first job considering how he didn’t meet the qualifications.

The billionaire who is also the Chairman, United Bank of Africa (UBA)took to his LinkedIn pae to share his inspiring story.

According to Elumelu, although he didn’t meet the job criteria, he still sent in his application letter because he believed he had something to offer. 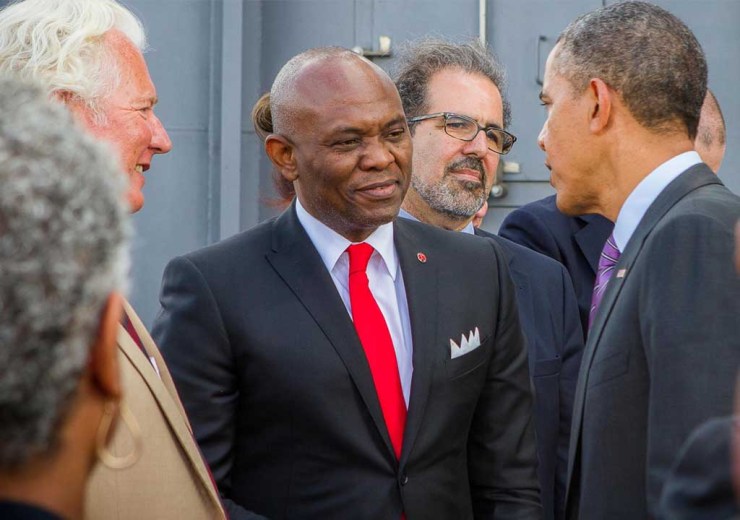 Speaking further, the business mogul stated that it was by a stroke of luck that the boss read his letter and invited him for an interview.

On the annual grant given to entrepreneurs, the philanthropist and founder of Tony Elumelu Foundation stated that whoever gets the $5000 (N2m) grant would need luck, however the outcome of the funding would be determined by discipline, hard work, commitment, passion, purpose and laser focus.

He wrote; “When I started my career, I got a job I applied for despite not meeting the advertised criteria. That was luck at play, but I also believed that I was good enough to make a difference, so I offered myself. Luck was what made my boss at the time read my application letter.

Leaders must be painstaking. My boss was. He read the application and invited me for the interview even though I did not meet the advertised criteria. Luck!” 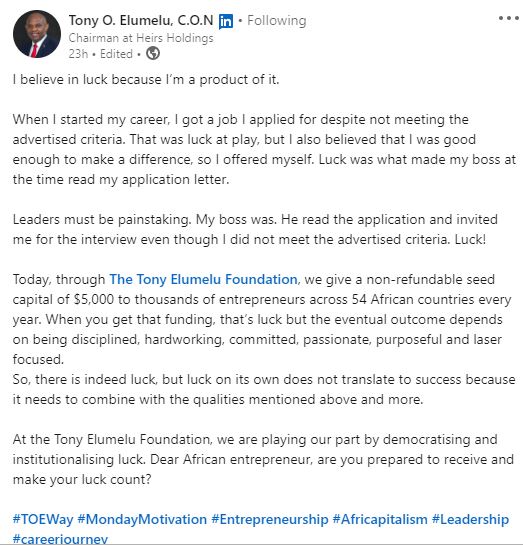