Escaping to the country is all romance until it’s time to escape from your creditor.

With a large share of the nation’s workforce continuing to work remotely, many used their downtime last year to fullfil their dream of buying a dear little house far from plague-ridden urban centers.

Data from Realtor.com shows that sales of homes built more than 100 years ago rose by 16 percent in 2022 in the tri-state area compared to last year, with a median sale price of $236,000. During the same period, New York City saw a sales decline of 6 percent overall.

“The biggest ask right now is ‘something old with character’ — newer homes have none of the richness or the stories of something built in 1814,” New York-based Compass agent Adam Carroll told The Post.

Viral social media accounts like Elizabeth and Ethan Finkelstein’s @cheapoldhouses feed on Instagram — which spotlights dilapidated properties for sale for less than $100,000 and boasts 1.5 million followers — fanned the flames, galvanizing real estate markets in historic areas across the country.

But while “cheap old house” buyers may see “good bones” when they pick up a stunning Queen Anne or a cool Craftsman bungalow, experts warn that restoring these money pits to their former glory requires serious know-how and a fat checking account.

Four months ago, attorney Stephen Simcock, 58, found out firsthand. He purchased a 170-year-old waterfront fixer-upper in the Hudson Valley when the pandemic changed his work/life balance. He declined to reveal the exact cost of his new retreat, but he paid more than three times the area’s median listing price of $775,000, according to Realtor.com.

“I might have legal title, but I’m joining its story,” said Simcock of the Greek Revival property in the hamlet of Barrytown, New York.

A 4,200-square-foot former ice store, complete with the ghost foundations of demolished storage houses dotted across its 1½-acre grounds, the four-bedroom home boasts a torrid history.

“In its various iterations, this house has been a store, definitely a hotel, maybe a brothel, a half-way house, a college dorm and then a single-family house,” he paused, laughing, “I like to think I bring a little of all of that.”

Simcock said he knew what he was getting into when he bought the house. For instance, he knew that he would add bathrooms, open up the kitchen and replace the small, heat-conserving windows, typical of their time, with large frames to maximize his water views.

“The goal is for it to become a really beautiful country house, having accreted so much charm over the years, but with more creature comforts,” he said.

All of those elements came with costly challenges. But it was the antique beadboard (vertically grooved wall panels) that caught him by surprise. The decorative wood molding, which runs down his stairway, had been stripped from most of the walls. Simply identifying the specific style of board has been a challenge; finding matching replacements has been a head scratcher. Hunting down matches for rare newel posts and spindles (the decoratively turned supports on a staircase or railing) was also difficult.

“I’m a dilettante, but I’m doing it with as much rigor as I can.” Simcock said. “I’m poring over books of architecture and design to find the perfect, perfectly authentic pieces.”

Real estate agent and “old home influencer,” Robert Khederian, 30 — who is renovating an 1821 brick rowhouse with his partner John Maher, 30 — spotlights his favorite classic properties at @notenoughangers. He said that floors, fireplaces and windows are what old-home buyers should fear.

“Don’t be afraid to really put your fingers into the masonry and wiggle them around,” he suggested when inspecting an old home. “If anything comes out, it’s a sign the structure has been neglected and there’s likely moisture in there.”

Although every historic house is different, he said that most people budget roughly $300 to $400 per square foot and $10,000 per fireplace when renovating.

Luckily those elements can more often than not be restored rather than replaced, added contractor Scott Sidler, 43, the old-home restoration guru behind the blog “The Craftsman.”

“The old-growth wood used in historic flooring is tougher and thicker than contemporary lumber,” he said. “That means even if the surface is damaged, there’s likely enough leeway to shave or sand them down.”

He added that while many see wide floorboards as desirable, the ultimate luxury detail is narrow beams with inlaid marquetry — a sign that the initial outlay on any property was significant.

Like many lovers of historic abodes, Simcock doesn’t know quite what it will cost to restore his getaway — but he’s already braced for the sticker shock.

“You have to go in understanding that the [mortgage] payment, taxes, insurance — they’re just the starting point,” he said. “It’s a 5-year project, probably, though I’ll get it 80 percent of the way there in a couple of years. The last 20 percent? Oh, you never quite finish that.” 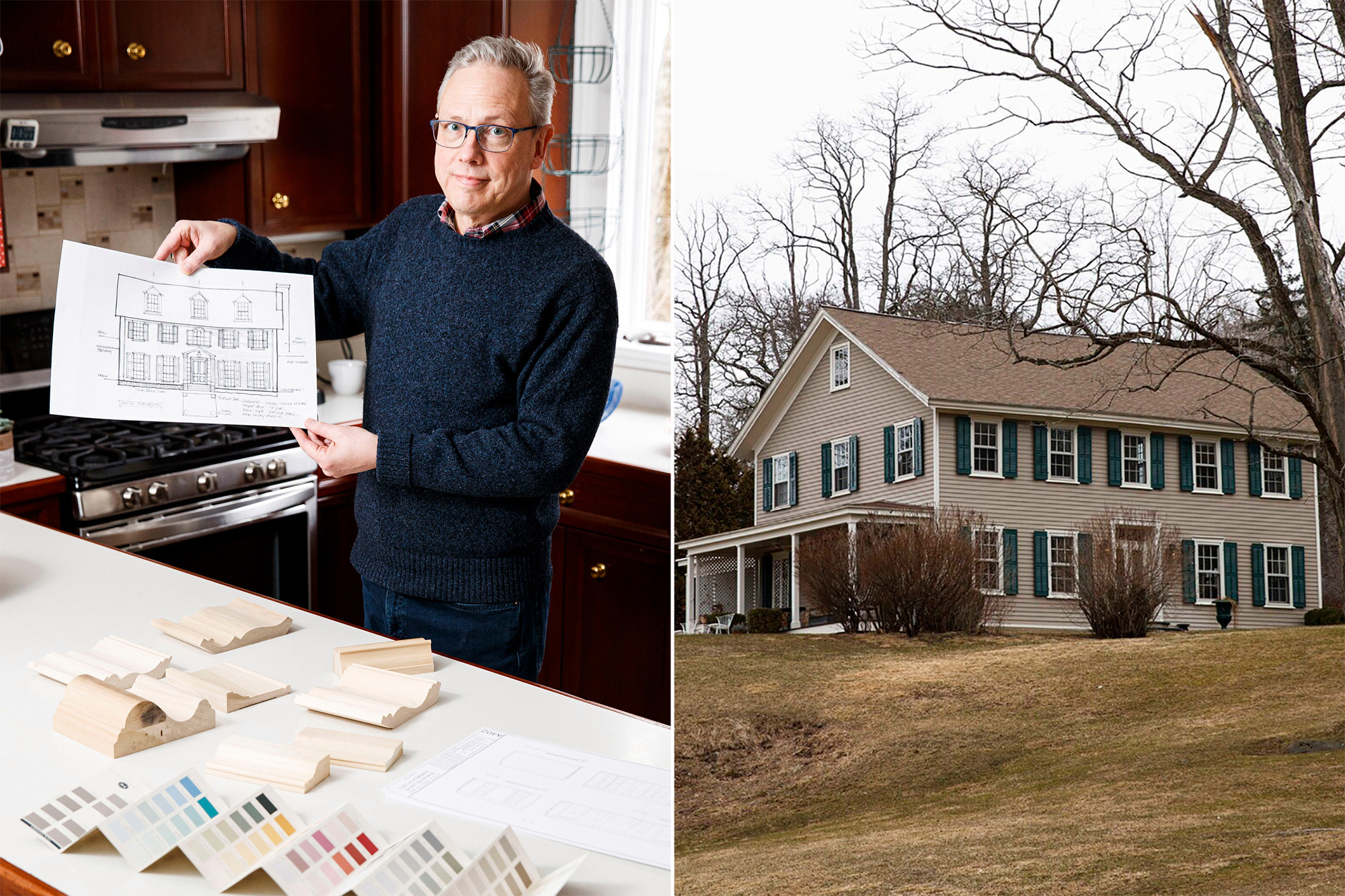