You want a pizza me?

This week, New Yorkers — who pride themselves on slinging the finest slices — found themselves dethroned and defeated in a shocking new ranking that gave its pizza a mere bronze medal.

That’s according to Food & Wine Magazine‘s latest pizza report, which included a top 10 list of states where the pies reign supreme. Not only did New York place third, but its bitter rival, New Jersey, came in first. Adding insult to injury, Connecticut elbowed its way past the Empire State to claim second place.

The claim made New Yorkers’ sauce boil — especially being left to chew on NJ’s leftover crust.

“If you give another New Yorker a call and ask them what’s a good pizzeria in New Jersey, chances are they’re not going to be able to name one,” said Ahmed Elsayed, 28, a manager at L&B Spumoni Gardens — a popular pizzeria in Brooklyn’s Gravesend neighborhood.

“I like to think of New Jersey as what New York would look like, if we slowed down to appreciate our heritage a little more, if the pizza makers were under less pressure and had the time and money to take more pride in their work, and if our surviving classic pizzerias hadn’t leaned so heavily into tourism as a way of making a living.”

Second-ranked Connecticut was called out for New Haven stalwarts Frank Pepe Pizzeria Napoletana and Sally’s Apizza, as well as Zuppardi’s Apizza in West Haven. Third-placed New York was given shoutouts for Manhattan’s John’s of Bleecker and Joe’s Pizza; Brooklyn’s Lucali and Roberta’s; and slice joints Scarr’s Pizza on the Lower East Side and Paulie Gee’s Slice Shop in Greenpoint.

According to Landsel, New York City pizza has two strikes against it. High rents, he said, have made pizzerias prioritize earning money over honing traditional craft. Plus, the city’s high-charged atmosphere has left people in a rush on both sides of the counter — and customers satisfied with mediocre pizza.

“I know we’re all paying a heavy price to live and do business here, but there must be a happy medium in there somewhere,” he said. “And stop it with this reflexive self-belief in our pizza being the best — we got way too sloppy over the years to be saying that with a straight face.”

“There are different varieties of pizza in the state of New Jersey, and I think there are a lot more than ever,” said 48-year-old Peter Grippo, who owns the Barstool-approved Brooklyn Square Pizza — with locations in Jackson, Manalapan and Toms River, NJ.

“You have to stand out,” said Boemio, who specializes in a thin-crust grandma pie, but is also working on perfecting a Detroit-style pie.

“Jersey mimics New York no matter what they do,” said Elsayed. “They always follow.” 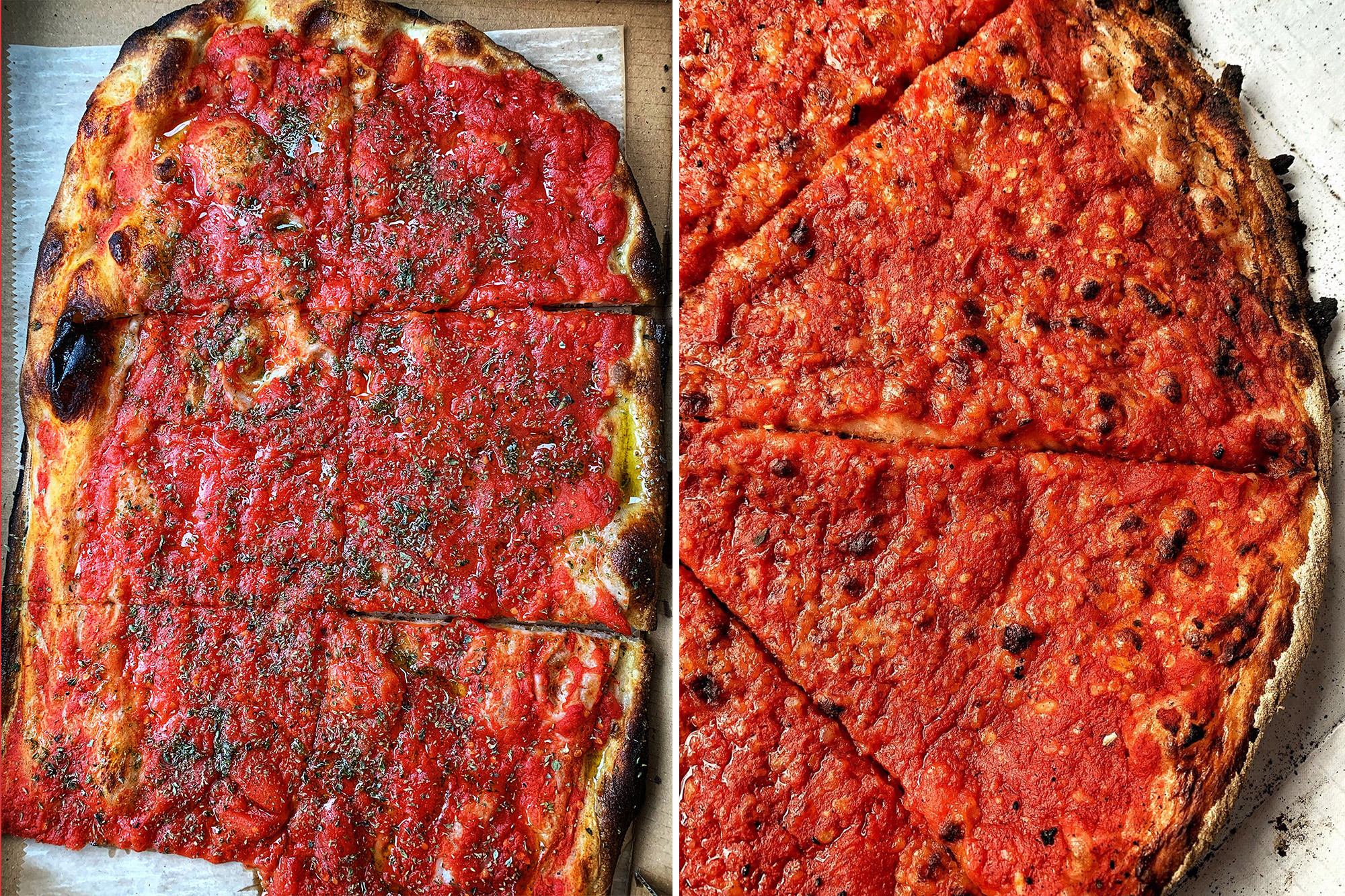