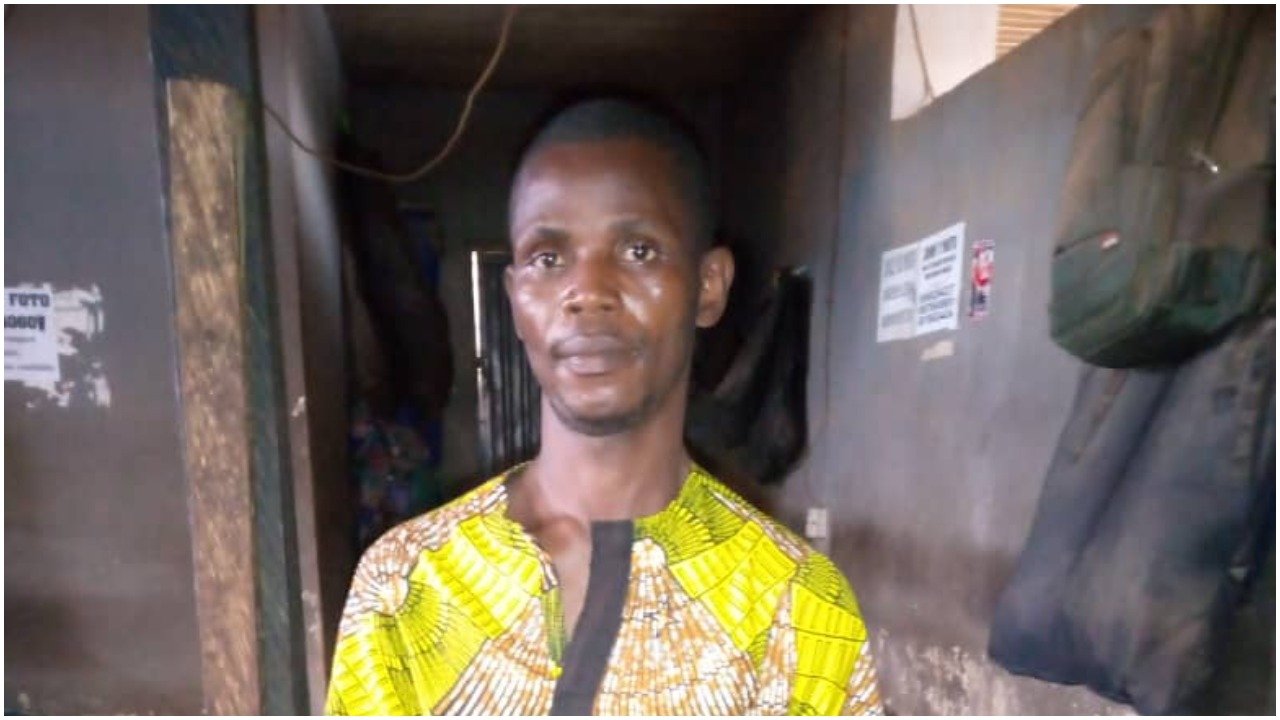 A 42-year-old John Daniel, was on Sunday arrested in Ogun State “for forcefully having carnal knowledge of a 30-year-old lady,” the police have said.

Daniel was nabbed after a complaint was lodged at Sango/Ota divisional headquarters by the victim.

The lady had reported that when she went to search for a shop to rent for her business at about 6 pm, she met the man, who, it was gathered, told her that he had a container kept in his care by somebody, saying she could use it as a shop.

“The suspect asked her to follow him to where the container is. On getting to his house, he asked the victim to sit down inside his living room, for him to call the owner of the container.

“But, surprisingly, the suspect suddenly locked the door and brought out a screwdriver and a bottle, with which he threatened her to undress. She stated further that she was forcefully raped after being beaten mercilessly,” Ogun police spokesman, Abimbola Oyeyemi, told Newzandar News on Monday.

Upon the report, the DPO of Sango/Ota CSP Godwin Idehai, was said to have detailed his detectives to the scene, where the suspect was arrested.

While saying the victim was taken to hospital by the police, Oyeyemi stated that the suspect had confessed to the commission of the crime.

Meanwhile, the State Commissioner of Police, Edward Ajogun, said the suspect be transfered to the anti-human trafficking and child labour unit of the state CIID for investigation and diligent prosecution.