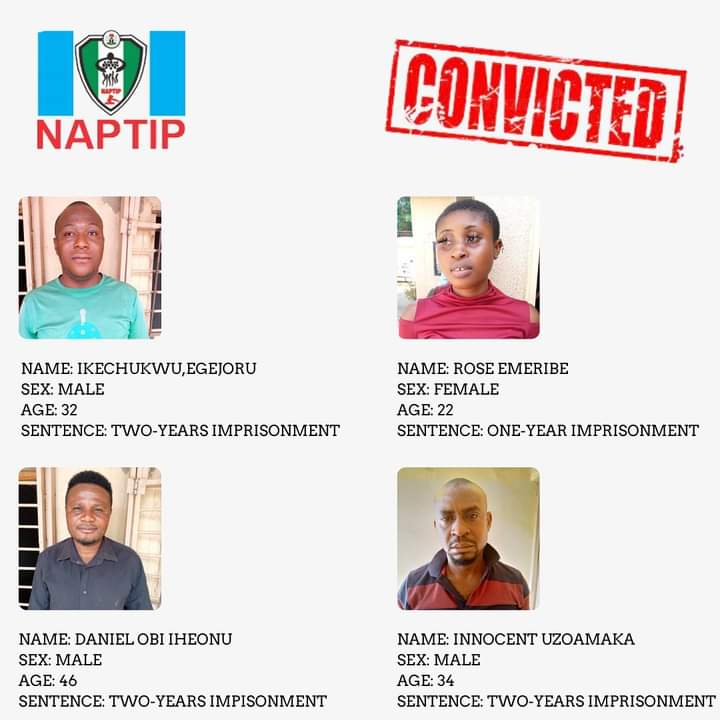 National Agency for the Prohibition of Trafficking in Persons, (NAPTIP), says it secured the convictions of twenty-three persons charged with human trafficking and other related offences.

Statistics released on Friday by the Anti-trafficking Agency indicated from January 2021 to date 7 persons were convicted in Kano; 6 in Lagos; 5 in Sokoto; Abuja 2; Uyo 2 with Benin having only 1 conviction.

The latest of such convictions was in Sokoto State, where the agency said a High Court in the state convicted one Innocent Uzoamaka and 3 others with suit no. SS/65C/2020.

NAPTIP said convictions secured were in efforts to end human trafficking in Nigeria.