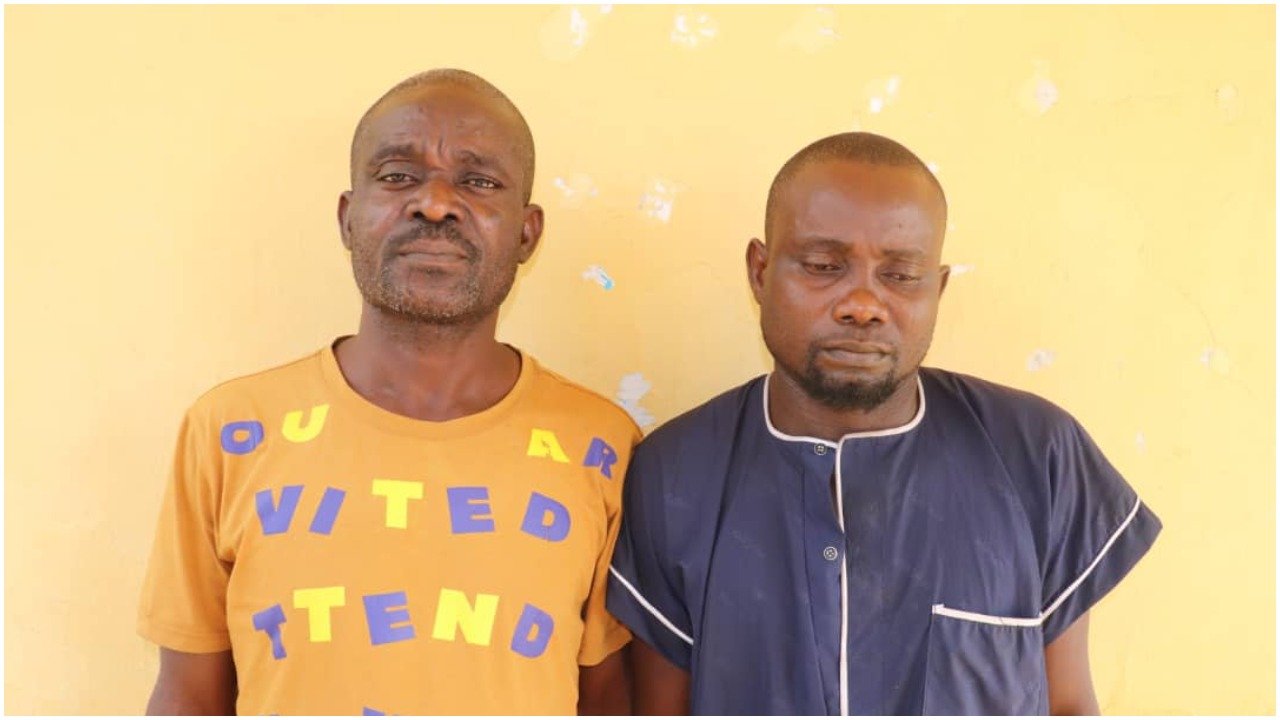 Five females victims of human trafficking to Libya have been rescued by the Niger State Police Command and the syndicate arrested in Suleja local government area.

The victims who are between the ages of 18-23yrs hail from Ondo, Edo, Delta and Ogun State respectively.

It was gathered they were intercepted along the Abuja-Kaduna road while being transported to Kano State by one Osaruwumen Ewodaru and Opasa-Kpamba for human trafficking.

Some of the victims said were on their way from Ondo State to Kano, from where they will be taken to Libya and others would proceed to Italy and United Kingdom before they were intercepted.

One of the victims, a second-year student of Ondo Polytechnic studying Mass Communications name withheld told our reporter that she embarked on the journey alongside two others from Akure en route Libya before the police arrested them.

According to the victim, ” I am on my way to Libya from there to UK where someone who lives there promised to secure a menial job for us and based on the advise of my mother I decided to go. We were given the number of one the men to contact when we get to Abuja that will take us to Kano and from there cross to Libya”.

Another Victim a Hair Dresser, name also withheld who came from Edo State said she was on the journey following an invitation from her brother based in Italy who promised her a better job over there.

” I came from Edo State to Abuja with Ewodaru who will help me cross to Libya from Kano State before we were stopped by the Police. I am not aware that he is into human trafficking.”

Asked if they have any regrets, they told Newzandar News, “we thank the Police for rescuing us. We didn’t know that the men transporting us to Kano State is into human trafficking. We just pay our transport for them to take us to Kano where we will board a vehicle that will take us to Libya and from there it will be easy to get to our destinations.”

Confirming the development, the State Police Command through the Public Relations Officer, PRO DSP, Wasiu Abiodun said the five victims were intercepted by the Police will be sent back to their families.

He explained that the two traffickers Osaruwumen Ewodaru 49yrs of Opasa-Kpamba of Edo State and Olaoluwa Adebanjo 43yrs of Ido Airport road Abuja will be transferred to FCID, Abuja for further investigation.

Abiodun also said, “Osaruwumen confessed to having taken one of the victims with him from Benin to embark on the journey and he also processed his marriage certificate to claim that the victim is his wife to clear any suspicion on the way, while Olaoluwa acted as transporter who always accept and assemble the victims at Ido park, Abuja for onward movement to Kano State to cross to Libya.”

However, the command warned members of the public, especially parents/guardians to always monitor their wards and discourage them from embarking on unnecessary journeys in search of means of livelihood.