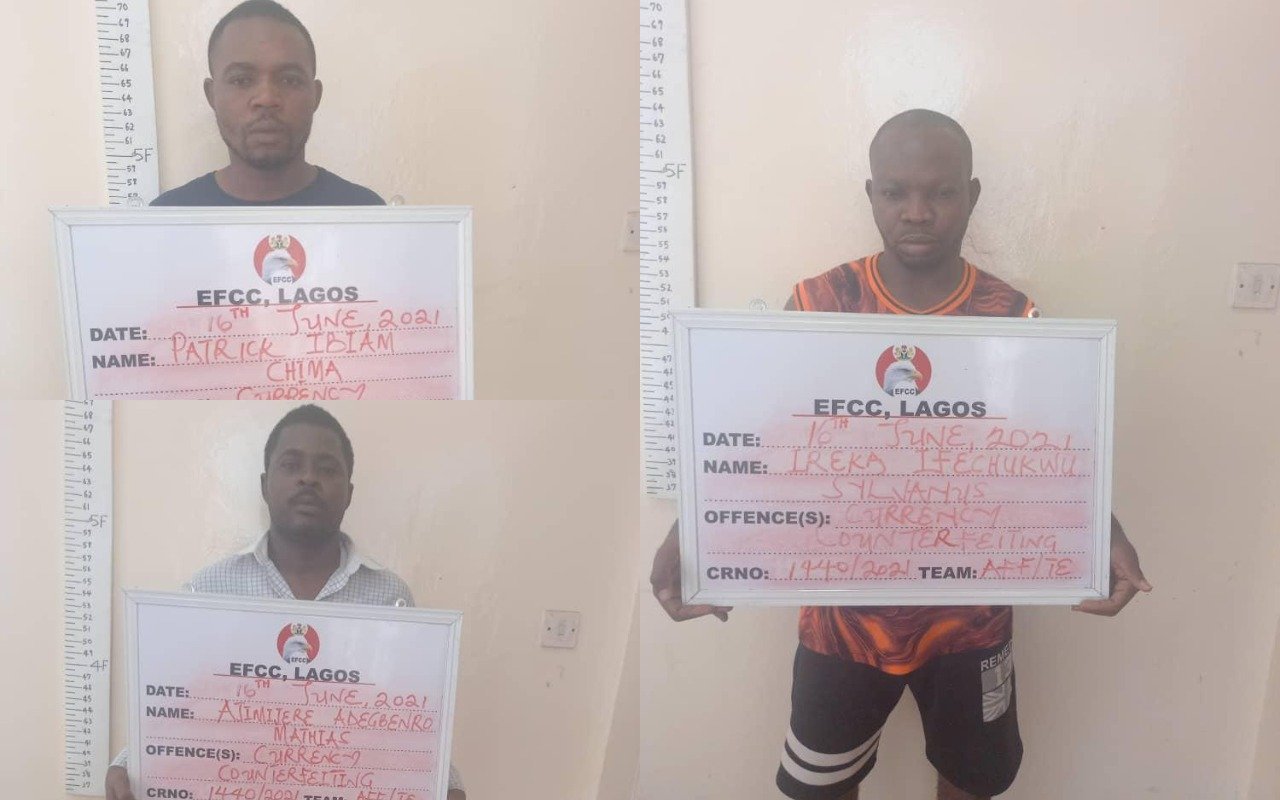 They were arrested by the Nigeria Police Force Intelligence Bureau, Obalende, Lagos and handed over to the EFCC for prosecution.

The commission spokesman, Wilson Uwujaren in a statement, said the trio are part of a global ring.

Preliminary inquiry revealed that the suspects, whose operational base is in Brazil, produced fake Dollars, Pound Sterling and Euro.

They source for buyers at strategic locations including hotels, Bureau de Change offices and social gatherings within Lagos.

Uwujaren disclosed that incriminating materials were recovered from them.

The accused persons will be charged to court after conclusion of full investigation.