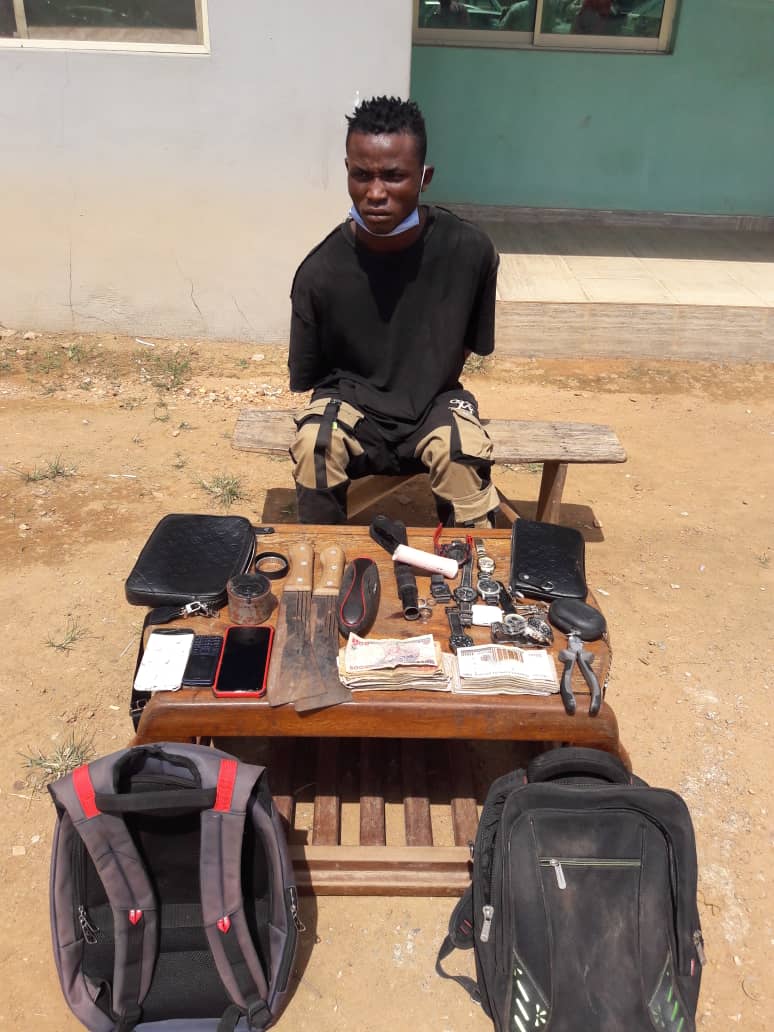 Oyo State Police Command on Friday said that a suspected armed robber who has been terrorising residents of Apete in Ibadan has been arrested.

Police Spokesman, Adewale Osifeso in a statement made available to Newzandar News said that the suspect, Adenipekun Opeyemi was arrested on Sunday, 13th June this year.

Osifeso in the statement noted that Opeyemi, a 22-year-old, connivance with his accomplice still at large.

He further stated that the suspect committed the offense on Thursday 10th June, 2021 at about 0145hrs.

Items recovered from the suspect included two cutlasses, an iron used as a gun, cash sum of One hundred and ninety-four thousand naira, one Infinix mobile phone and one small Itel mobile phone.

Osifeso while speaking further urged residents of the State to supply credible information to the police.

He urged the residents to always call 615, a toll free number in case of any emergency.

“The dragnet of Oyo State Police Command on Sunday 13th June, 2021 caught up with one Adenipekun Opeyemi ‘m’ aged 22yrs who in connivance with his accomplice still at large, allegedly attacked and forcefully dispossessed occupants of God’s Gift Hostel, Papa Morubo Apete area Ibadan on Thursday 10th June, 2021 at about 0145hrs off their valuables ranging from phones, laptops, wristwatches and cash sum to the tune of One hundred and Ninety-four thousand naira only (#194,000).

Residents flee Ibadan communities over robbery attacks, rape of women
“Therefore, the Commissioner of Police wishes to emphatically assure the good people of Oyo State that effective and proficient deployment of security assets have been made to ensure heightened levels of security in the State.