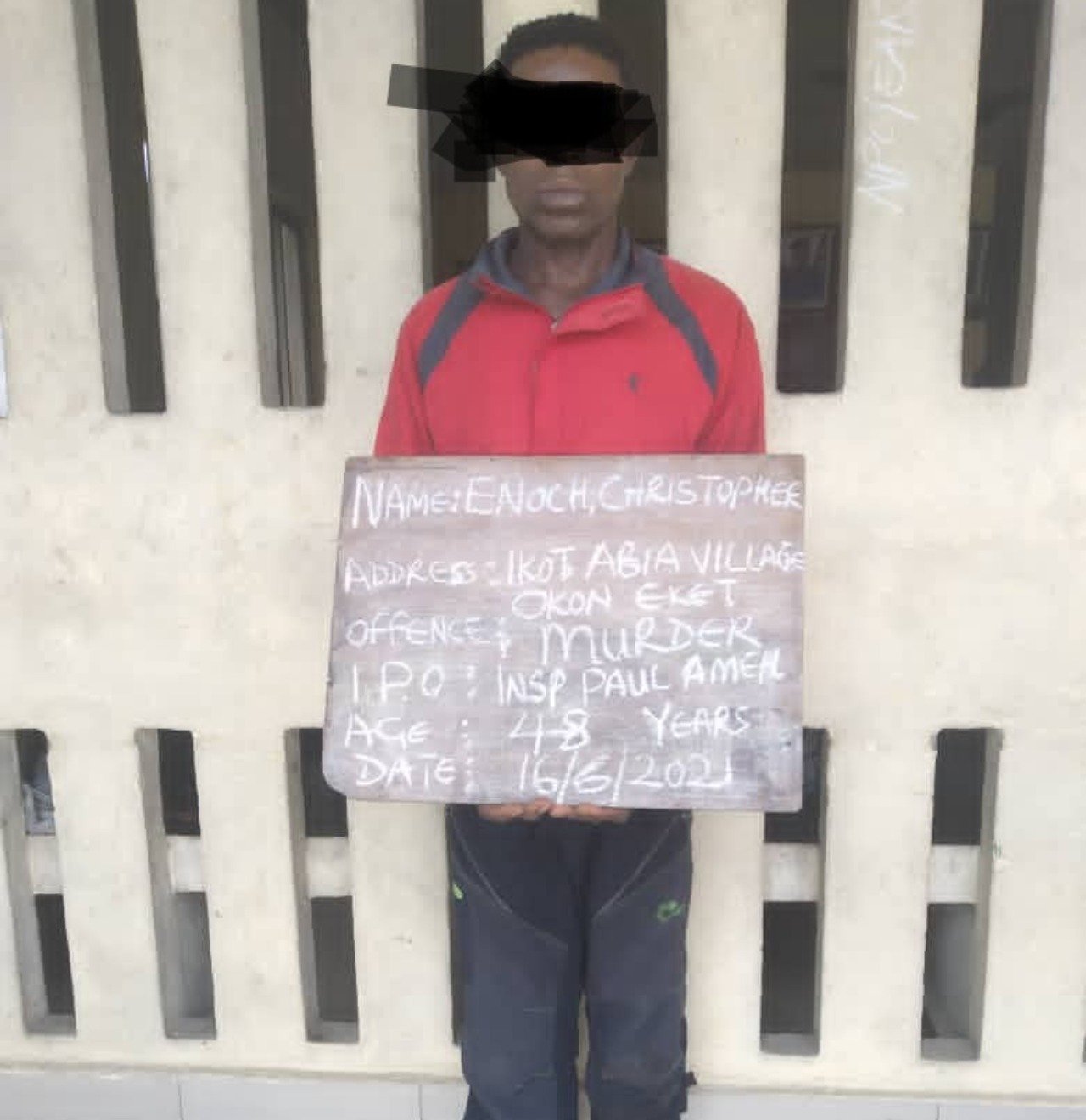 The Police Public Relations Officer, (PPRO) Odiko Macdon who disclosed this in a press statement on Thursday in Uyo, said the suspect killed the wife and mother of his five children and buried her in a shallow grave inside his rented church premises

The suspect, an indigene of Ebonyi State and resident in Eket was said to have beat his wife to death during a spousal disagreement and immediately buried her in a shallow grave in the premises.

It was gathered that days after the incident, their children began to ask about the whereabouts of their mother.

One of the children according to our source reported to the neighbours, who alerted the Okon Youth President, Comrade Effiong Johnson,

Johnson reportedly brought the matter to the attention of the Eket Divisional Police.

The Police noted that the corpse has been exhumed and deposited at the mortuary for autopsy.

The statement in parts, “the Akwa Ibom State Police Command have arrested one Ukachukwu Enoch Christopher, 49 years old, a resident of Eket Local Government Area who hails from Ebonyi State for murdering his wife and burying the corpse in a shallow grave in his compound.

“On 16th of June, 2021, at about 2:00pm, relying on information from Youths of the Area, the DPO of Eket Divisional Police Headquarters, CSP Sunday Digha and Team, arrested one Ukachukwu Enoch Christopher who resides at Ikot Abia village in Eket Local Government Area for murdering his wife, one Mrs Patience Christopher, 40 years of age, a mother of five (5) children.

“The suspect who had domestic differences with his wife accused her of being the source of his numerous woes in life and infidelity, confessed to having beaten her to death as a result of the unresolved differences on the 9th of June.

“In order to cover his tracks, he dug a shallow grave in his compound and buried her. The deceased’s corpse has been exhumed by the Police and deposited in the mortuary for autopsy.”

The police spokesperson said the commissioner of police, Andrew Amiengheme has ordered the Deputy Commissioner of Police in charge of the SCIID to take over the matter for discreet investigation assuring that the suspect will be charged to court as soon as investigations is concluded.

He said the CP has warned perpetrators of gender-based violence to desist forthwith or face the full wrath of the law.

He called on spouses to tolerate and resolve domestic issues before they degenerate into violence.