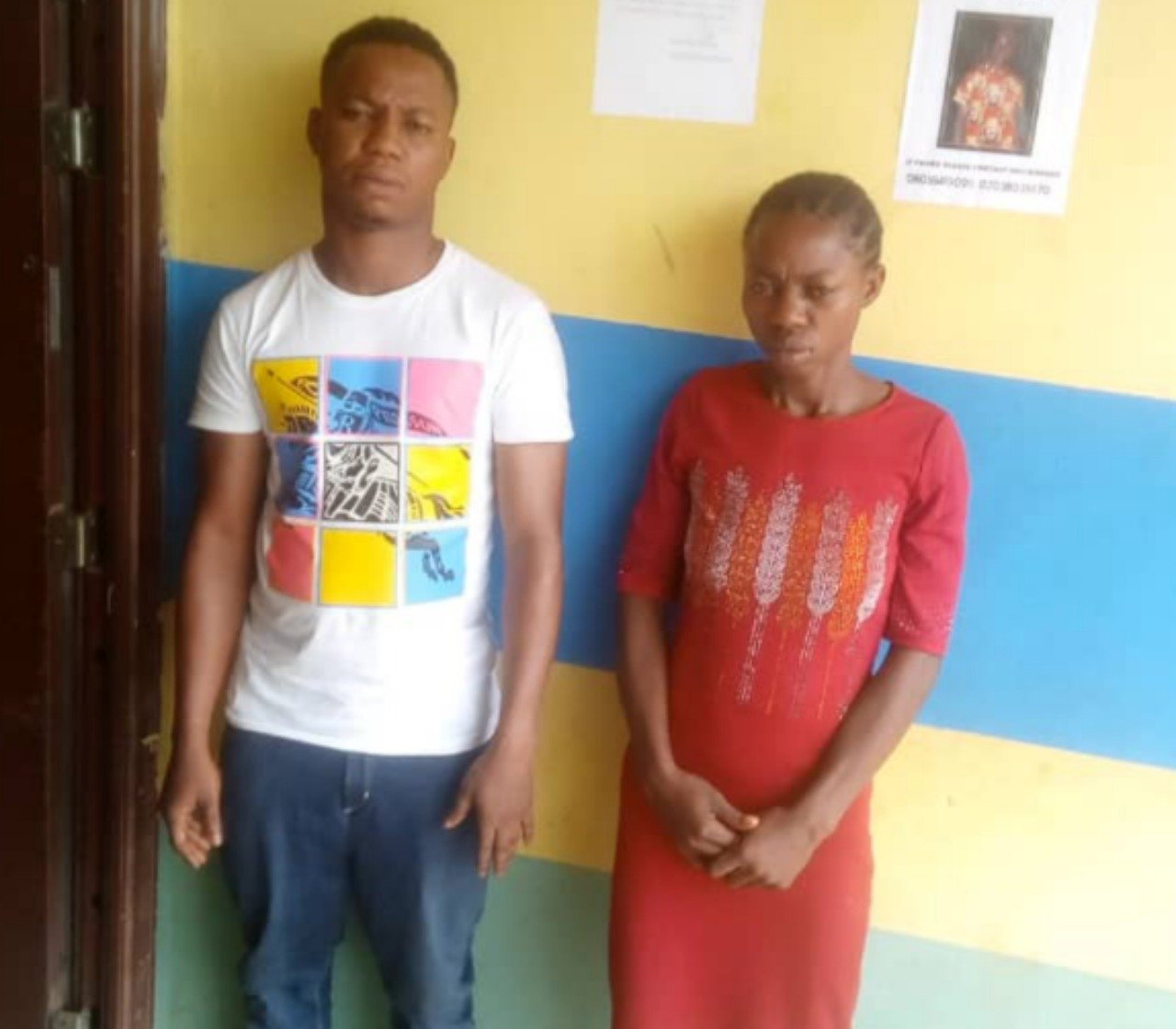 The woman was said to have sold the children without the knowledge of her husband, Oluwaseyi Agoro, who reported the matter to the police.

The State Police Public Relations Officer (PPRO), Abimbola Oyeyemi, told Newzandar News on Sunday that the husband reported at the Redeemed Camp Divisional Headquarters that he travelled for some time and returned on Tuesday without seeing his two daughters.

According to the PPRO, Oluwaseyi told the police that efforts to make his wife tell him the whereabouts of the girls yielded no result.

“Upon the report, the DPO of the Redeemed Camp Division, CSP Alabi Akinjide, detailed his detectives to apprehend the suspect, who was already with the camp’s code of conduct department.

“On interrogation, the suspect explained to the police that her husband left home for the past two years and while he was away, she found it difficult to cater for the two children, with her other two children she had for another man,” it said.

She explained that while thinking of what to do, one Kolawole Imoleayo introduced her to a Port Harcourt couple, who she said were in dire need of children.

The police image maker added that her confession led to the arrest of the said Imoleayo; “they were both assisting the police in the investigation,” the PPRO confirmed.

While directing that the suspects be moved to the anti-human trafficking and child labour unit of state CIID, Ogun Commissioner of Police, Edward Ajogun, said the sold girls must be rescued and brought back to their parent as soon as possible