Newzandar News learnt that Buni who had been in charge since when Adams Oshiomhole – Tinubu’s loyalist – and his members were sacked in June 2020, ought to have come up with the calendar of the party’s national convention, but Buhari’s loyalists stated that it was not yet time. 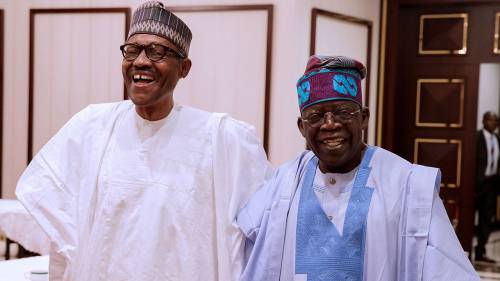 Newzandar News gathered that the reluctance to announce national convention and choose national executives was to weaken the power and influence of Asiwaju in pushing for his candidates who would then begin more mobilisation for his yet-to-be-announced 2023 presidential ambition.

The development is already polarizing further the Buhari camp and the Tinubu camp in the APC, while other smaller camps have to take a stand between Buhari and Tinubu in the silent struggle.

“The indefinite tenure exten­sion granted to the Caretaker/Extraordinary Convention Planning Committee of the APC is not going down well with us. Buhari has an agenda. Why keep Mala Buni over the party for this long when he has the business of a state to attend to?

“The Caretaker Committee was inaugurated on June 25, 2020, and the committee should spend six months after dissolution of Oshiomhole’s Nation­al Working Committee. But by December, the Buhari faction in the party extended the committee tenure extended for another six months which brings it to June 20201.

“Again, a week ago, the 13-member committee went to the Presidential Villa, only to be told they would be in charge indefinitely. This is against the spirit and letters of the agreement for the committee members,” a source in Lags APC, familiar with the development, stated.

Newzandar News observed that while the APC weeks ago released the formal timetable for congresses from ward level to the state level, it failed to an­nounce date for the national convention, a situation which means that the committee, led by Governor Mai Mala Buni of Yobe State will continue in office indefinitely.

“The reality is that we are not happy but we don’t want to be seen as rocking the boat. We are just bidding our time. We are planning our own strategy too so that the effect will not be monumental on us.

“This is a party we built from scratch and worked for. At this stage, we cannot allow anything to damage the plat­form just because of the be­haviour of some people who are inconsiderate and power hungry,” one of Tinubu’s loyalists explained.

Newzandar News had first in June reported that Tinubu’s obvious absence at the one-day working visit of Buhari to commission various projects in Lagos State is deepening the conflict between the camps of both political actors ahead of 2023.

Newzandar News had learnt that the Presidency, against its former custom, refused to extend an invitation to Tinubu ahead of the visit which should make him feel welcome at the ceremony, and the camp of the APC leader felt embarrassed by the Presidency’s decision.

Top sources also revealed that Tinubu did not feel comfortable to stay in Lagos during the Presidential visit in order to hide the growing battle between the two from public glare and he instead decided to embark on a journey.

A political analyst, Farooq Kperogi, said on Twitter, “I learned a while ago that Aso Rock didn’t formally invite Tinubu to Buhari’s official functions in Lagos. So, Tinubu jetted off to God knows where (someone said London) to escape public humiliation.”