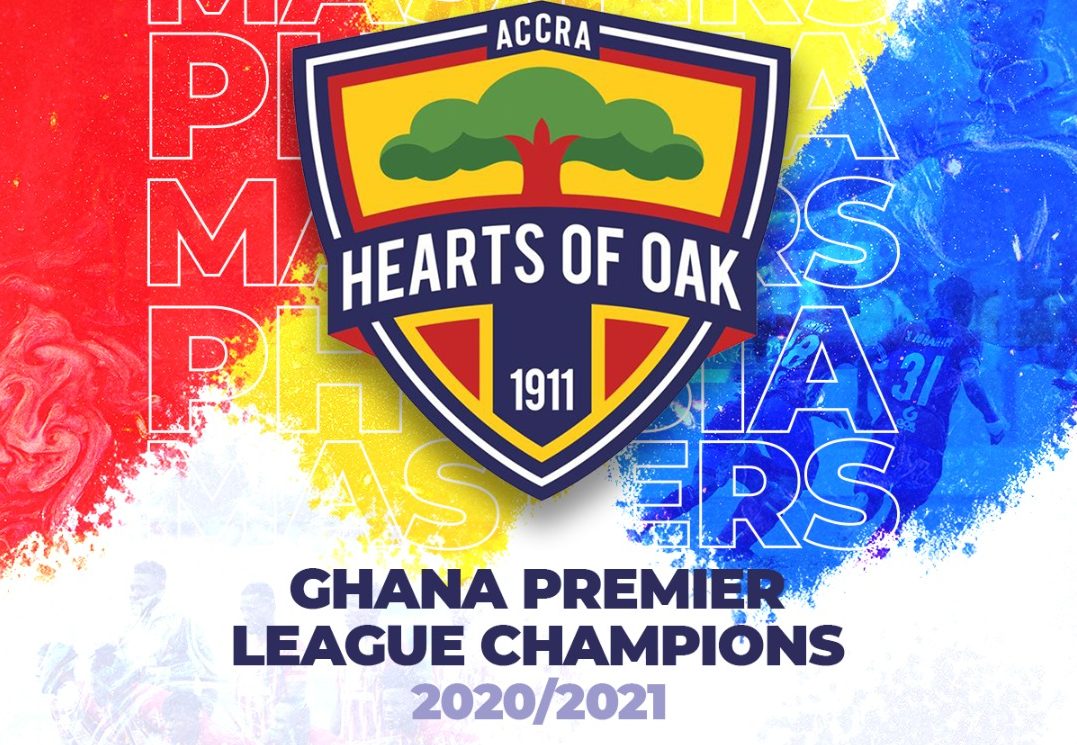 Accra Hearts of Oak have become Ghana Premier League champions after second-place Asante Kotoko lost 2-1 at Bechem United to give the Phobians an unassailable lead.

Hearts were three points clear with two matches to play in the league heading into this weekend’s penultimate round of games.

Their win over their fierce rivals a fortnight ago also gave them the advantage in the head-to-head stats.

With Kotoko needing to beat Bechem Utd to stand any chance of claiming the title, Hearts fans were pretty confident that they would break their title drought this afternoon.

Despite conceding late on against Liberty Professionals to draw 1-1 with the relegation-threatened side at the Accra Sports Stadium, Kotoko’s loss to Bechem means that Hearts have a four-point lead with only one match to play.