Two journalists, Solomon Odeniyi and Tosin Bisola of The Punch Newspaper and Roots TV respectively have regained  their freedom after they were initially arrested by the police while covering a protest by activists to demand the release of five Nigerians youths arrested for wearing #BuhariMustGo T-shirts in the church.

The journalists were first harassed by a team of policemen and security guards attached to the main gate of the church before being whisked away. 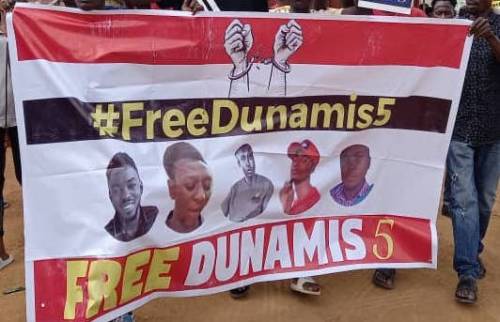 Afterwards, the journalists could not be reached on their mobile phones.

However, following the intervention of the Federal Capital Territory Commissioner of Police, Bala Ciroma,  both journalists were later released.

A journalist with the The Cable, an online news medium, identified as Deji, who was also detained at the church security post, has been released.