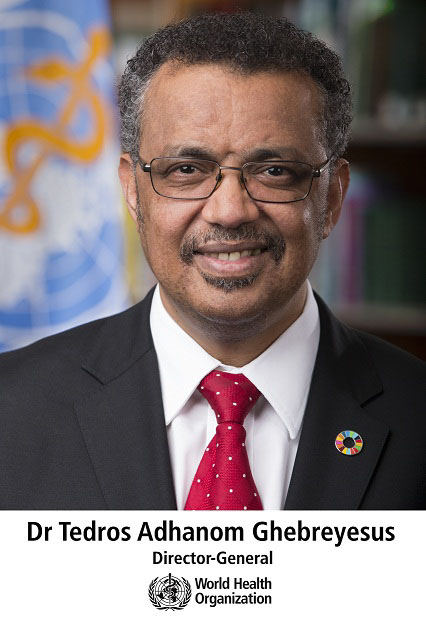 As if the coronavirus pandemic that has virtually turned the world upside down with the grisly daily bulletin of deaths and more deaths and misery and suffering of Biblical proportions was not unsettling enough, United States President Donald Trump has by his denials, his obfuscations, his dizzying somersaults and his frenzied revisions, turned the whole thing into a waking nightmare.

His gyrations now command almost as much attention as the pandemic itself.  Instead of leading the global effort to contain and ultimately suppress the pandemic, he is subverting it with daily rants suffused with rhyme and reason of the darkest hue.

Well before the outbreak of the pandemic, U.S. Senator Bernie Sanders, most recently a presidential contender from the Democratic Party, has called Donald Trump “the most dangerous president” in American history.  In the unfolding cataclysm, Trump will have to be adjudged “the most dangerous man on the planet,” period.

As the coronavirus was threatening to wipe out the population of the Chinese city of Wuhan, and even as his intelligence officials warned again and again of its pandemic potential, Trump casually dismissed it as nothing more bothersome than the seasonal ‘flu,  It would vanish, “wash away” as suddenly as it had appeared, he said.

Why would he or any discerning American endorse anything that could panic the investing class and threaten the roaring stock market and the good economic news that was sure to guarantee his election? The whole thing, he said, was a “hoax” ginned up by the Democrats in a fresh attempt to undermine his re-election chances, their earlier attempt to achieve that end with a hoax about Russian intervention in the 2016 election having exploded on their faces, wretched losers.

Soon, the virus was making headline news in the United States and other countries, ravaging cities that were, like the Federal Government, not in the least prepared.  Meanwhile, in contrast, as it grappled with the pandemic, China was demonstrating on the world stage a mastery and sure-footedness that won respect and acclaim. In America, deaths from Covid-19 mounted from coast to coast.

The bumbling Federal response contrasted sharply with of New York Mario Cuomo’s daily demonstration of a firm grasp of the situation.  At every outing, Cuomo came across as an exemplar of leadership in crisis, to the extent that the admiring media called him “America’s Governor” and not a few influential voices wished he was available to run for president on the Democratic ticket.

Meanwhile, the performance of the stock market became less and less the electoral trump card Trump was counting (pun intended) and more and more a liability. The chink in the armour widened.  Denial was no longer possible; so, switch gears.

At the behest of China – the “Chinese Communist Party” as the Trump White House now called the government it has earlier praised for its robust and effective response to the outbreak — it  was the fault of the World Health Organisation no less, aided by its Ethiopian Director-General, Dr Tedros Ghebreyesus, had withheld vital facts from the international community, and thus wittingly abetted the viral conflagration.

Deflect WHO from the compelling task at hand by all manner of insinuation; announce an investigation into its proceedings, and threaten to cut annual payments amounting to one billion dollars to the world body.

Deflect the international community of experts from a concentrated search for a cure by promoting all matter of quack and frankly laughable remedies, forgetting that your word, the word of the Leader of the Free World, has consequences.

First, it was the anti-malarial drug chloroquine.  Desperate Nigerians rushed to obtain and ingest the drug in such quantities that treatment of overdose cases almost overwhelmed emergency rooms in the hospitals.  Then, Trump located the cure in something far more accessible: the household detergent or disinfectant, atop your kitchen sink or the wash basin in your bathroom.

Since the merest contact with soap on the human skin eviscerates the virus, consider what it could do on the inside if injected into the bloodstream.  Does it not stand to reason that it would just flush the malignant invader out, just like that?  A disinfectant – think Lysol, or Dettol, or good old bleach similarly applied, would act even more rapidly and decisively.

I could almost visualize the equivalent in every Nigerian home of Mama Igosun, columnist Tatalo “Snooper” Alamu’s hilarious creation, darting to wherever they keep the junk, rummaging through the abandoned pile and emerging triumphantly with a rusty, half-empty can of good old IZAL Sanitas (Táníyá) that will do the job at least as effectively as any of the products advertised on television, and from her experience, far more assuredly.

Or, according to Dr. Trump, drawing on his famed pharmacopoeia, just leave it to the Sun, now that its rays are coming on stronger and warming things up.  Finding ho hiding place, the virus will just vanish.  But the sun may be sluggish in some areas; so, zap a patient’s thoracic area with ultraviolet rays from a hand-held device obtainable at your nearest hardware store.

But the Cofid-19 does not cower before junk science, Fox News, and its affiliates in Trump’s consortium of enabling media, unlike some sections of the political opposition.  Grimly, impassively, with goodwill to none and malice toward all, it carries on its ruinous march.

The one thing that appears to have slowed its advance is social distancing, the culmination of which is the lockdown that has been clamped on entire cities across the world in last-ditch effort at containment.

But why lockdown businesses, why hold the economy hostage to the fortunes of people, the majority of whom are on their last legs anyway, as a commentator on FOX mused? Or, as Dan Patrick, the 70-year-old lieutenant governor of Texas said the other day, “There are more important things than living, and that’s saving this country for my children and my grandchildren and saving this country for all of us.”

To leave no one in doubt about your impatience with the whole thing, make it clear that you intend to “open up” the country, beginning with packed churches at Easter, a time-tested sop to the misnamed Evangelicals.

So, inveigh against the lockdowns.  Cast them as assaults on the freedom of movement of citizens and more fundamentally on their right to bear arms.   Rouse them to “liberate” their towns and cities from those seeking to abridge those freedoms under the pretext of containing the corona virus.

And when they turn out in multitudes brandishing the most lethal weapons of war and sporting Nazi and other racist insignia and shouting imprecations, hail them as “good people” who just happen to be angry.

Meanwhile, not even a word of regret at more than 60, 000 deaths and counting in the United States from Covid-19; not the merest hint of empathy or solidarity with those who have lost loved ones, or for medical professionals and adjuncts who died while ministering unto the afflicted; none, until a few days ago, when a report detailing Trump’s cold-hearted nonresponse in the matter wrung from his lips an expression of remorse that was as grudging as it was fleeting.

Even so, Trump can hardly wait to resume his boisterous, raucous election campaign rallies in Republican-held states, where he enjoys the status of a cult figure, social distancing be damned. That would be the perfect forum for telling Americans that he bore not an iota of responsibility for the depredations of Covid-19, and that it was the central plank in China’s plot to undermine America’s supremacy in the world and thus supplant the Land the Free and the Home of the Brave.

It would also be the perfect occasion to assure his teeming supporters that China would pay dearly for its wickedness – just as Mexico had paid for The Wall — and that the way to guarantee that outcome is to give him four more years in The White House.

Even when it has subsided, the pandemic will have snuffed out more than 100 000 Americans, as current projections suggest, and multiples of that figure worldwide, a greater number of them directly or indirectly from Trump’s inaction, indifference and bad example.