Bandits who abducted some schoolgirls from the Federal Girls’ College, Birnin Yauri, Kebbi State have told parents that they have married off their daughters.

Some of the parents who raised the alarm on Sunday, told Daily Trust that the abductors sent to them footage showing that their daughters were already married. 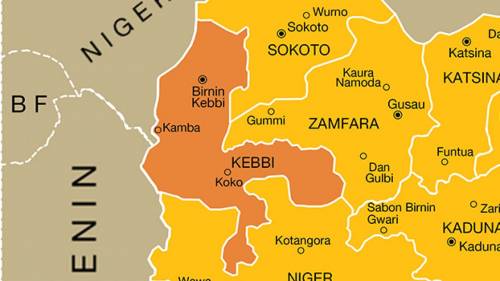 The bandits on June 16 invaded the school premises and whisked scores of students to an unknown destination. A police officer was also killed during the incident.

Meanwhile, one of the parents who spoke with BBC Hausa, said the kidnappers always informed them that their daughters were doing well.

He added that “sometimes they call and give us our daughters to talk to us. If your child has your number then they will call and talk to you.

“But I have never spoken with my daughter since the time they were abducted”.

SaharaReporters on June 17 reported that some students at Federal Government College, Birnin Yauri were abducted after a policeman was killed.

There have been a series of attacks on schools and abduction of pupils and students in Northern Nigeria.

Three weeks ago, a student was killed and at least 10 people were kidnapped when gunmen raided the main campus of the Nuhu Bamalli Polytechnic in Zaria, Kaduna state.

The gunmen abducted two lecturers and eight students, according to Samuel Aruwan, the state’s commissioner of internal security.

Aruwan confirmed that two students were shot; one died while the other was being treated in hospital.