Students of Bayelsa state-owned Niger Delta University (NDU), Ammassoma, in the Southern Ijaw Local Government Area of the state on Tuesday protested against the imposition of uniforms on them.

On Monday, the institution’s Senate approved that students should have a new dress code to mitigate indecent dressing and cult clashes often carried out by intruders who unleash attacks on the campus. 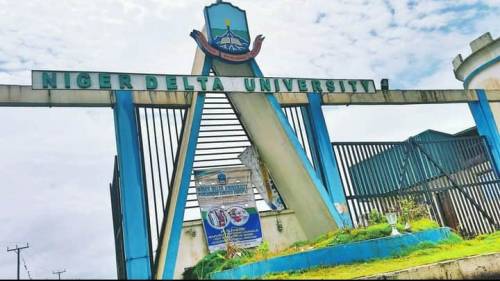 But following that, the protesting students have accused the Vice-Chancellor of the school, Prof. Samuel Gowon Edoumiekumo of degrading the status of the state university by directing that the students wear uniforms to differentiate the faculties in the institution.

However, the Public Relations Officer of the school, Ingezi Idoni, when contacted confirmed the development but said the decision was taken in line with the existing dress code pattern adopted by the Law and Health Sciences.

He said: “The decision was to extend the dress code to other faculties. In recent times, we have witnessed shabby dressings from some students and a situation where some unidentified gunmen suspected to be cultists walked into the school and shot a student dead. It will curb insecurity and promote decent dressing among students.”