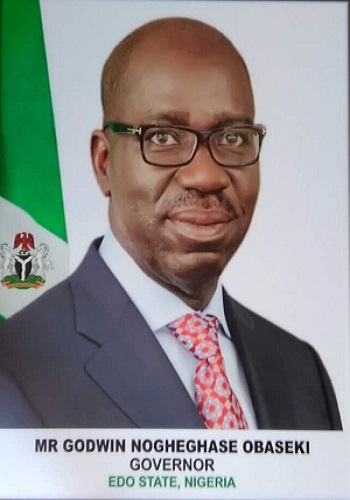 The only challenger of Governor Godwin Obaseki for the governorship ticket of the Peoples Democratic Party (PDP) in Edo State, Kenneth Imasuagbon, has stepped down.

He withdrew from the race as delegates were moving to Samuel Ogbemudia Stadium, Benin for the indirect primary election.

Obaseki and Imasuagbon, The Nation gathered, met in the early hours of Thursday in Government House, Benin behind closed doors.

Efforts to speak with Imasuagbon failed as his mobile line was not connecting.

Omoregie Ogbeide-Ihama and Gideon Ikhine had stepped down for Obaseki, who defected to PDP from the All Progressives Congress (APC) last Friday before getting waiver by members of the National Working Committee (NWC) to contest in the primary.

The PDP’s governorship primary is mere formality as Obaseki is unopposed.