Heavily armed security operatives of Department of State Services (DSS) are currently harassing members of the civil society group and journalists at Dunamis Church in Abuja. 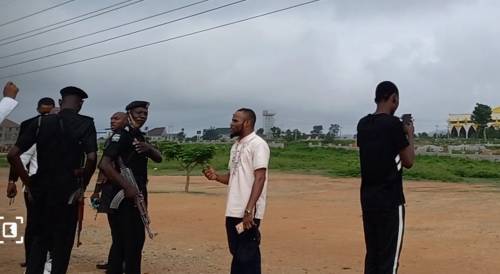 They also arrested some relatives and friends of the detained #BuhariMustGo activists as they arrived at the church to seek the release of the youths handed over to the DSS by church security last Sunday. 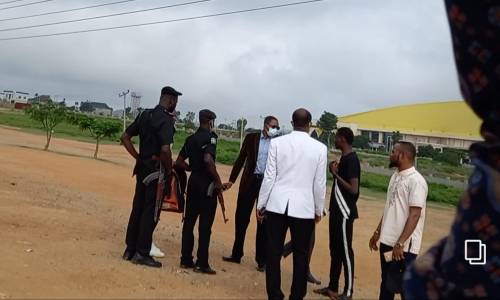 The activists have since been detained by the Department of State Services (DSS).

The affected journalists were there to cover the protest.

The overzealous security operatives were seen harassing the protesters upon arrival as they rounded them up at the main gate, subjecting them to all manner of interrogation.

Some journalists who came for the coverage of the protest including reporters from Roots TV and Punch were chased away and harassed by gun-wielding security agents.

The whereabouts of Roots TV crew and the Punch reporter could not be ascertained as at time of filing this report as repeated calls to their mobile phones were not answered.