This resolution of the Senate follows the approval of its Committee on Local and Foreign Loans as presented by the Chairman, Clifford Ordia. 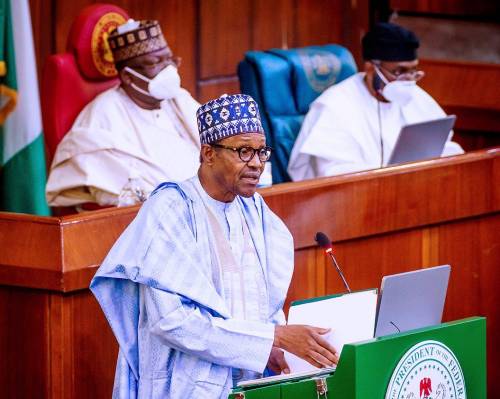 The External Borrowing of N2,343,387,942,848, according to the panel, should be for the financing of part of the deficit authorised in the 2021 Appropriation Act.

The Committee also recommended that the Senate should approve that the amount authorised may be raised from multiple sources such as the International Capital Market and any other Multilateral or Bilateral sources as may be available.

It also recommended that the Senate directs the Minister of Finance, Budget and National Planning, the Director-General of the Debt Management Office and the Governor of the Central Bank of Nigeria to submit to the National Assembly within 10 working days (excluding the day of the close of trading) a letter containing the United State Dollars amount so raised and received as a result of the above approval together with the applicable exchange rate.

Under Buhari, Nigeria’s debt profile has continued to increase.

Nigeria’s debt public debt hit a total of N31.01 trillion at the end of June 2020, according to the Debt Management Office.

This means that between May 2015 and June 2020, five years under President Buhari, the country’s debt rose by N18.89 trillion.

As of the end of June 2015, one month after the present regime came into power, the country’s debt profile stood at N12.12 trillion.

Nigeria’s total public debt stock as of September 2020, increased by over N6 trillion in just one year to N32.2 trillion. This is according to the Nigerian Domestic and Foreign Debt report, recently released by the National Bureau of Statistics (NBS).

Total external debts for the period ended September 2020 is $31.9 billion compared to $31.4 billion as of June 2020, according to nairametrics.

This represents an additional N6.01 trillion when compared to N26.21 trillion recorded as of the corresponding period of 2019.
Nigeria expects to borrow more in 2021.

The breakdown shows that external debts accounted for 37.82% (N12.19 trillion) of the total debt stock, while domestic debts at N20.04 trillion represented 62.18% of the total.