He added that the country is facing difficult security challenges and the President has commanded that those behind the crises are being ‘sent to God to answer for their crimes.’ 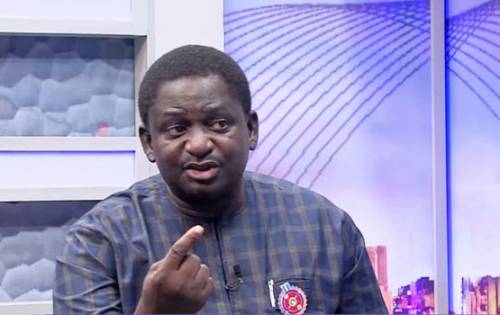 Adesina stated this on Thursday while criticising the Peoples Democratic Party (PDP) on his Facebook post titled, ‘Speaking to PDP in the language it understands.’

The Presidential media aide said suspected criminals and other Nigerians considered as nuisances to the state without remedy to the rule of law should be ruthlessly dealt with, as he accused the main opposition party of seeking to benefit from the nationwide pandemonium occasioned by the current deterioration of insecurity.

While justifying President Buhari’s threat of genocidal violence, Adesina affirmed that the president’s comment was directed at all criminals in the country, not just those of Igbo extraction provoking trouble in the South-East and South-South.

On July 1, the operatives of the Department of State Services (DSS) violently invaded and killed two of Sunday Igboho’s relatives and destroyed his property. The DSS claimed Mr Igboho, a Yoruba separatist leader, was planning a violent insurrection.

Adesina said, “President Muhammadu Buhari don vex. Troublers of Nigeria are in trouble and are being given bloody noses: insurgents, bandits, secessionists, all violent criminals.

“New Chief of Army Staff Farouk Yahaya, too has said all types of violent deviants are being sent to God to answer for their crimes, and the summary judgment would continue, till the country is cleaned of vermin.

“Good. That is a direct reaction to the new language of the president.

“We have security challenges, very severe ones, no doubt. And those challenges are being frontally confronted, with the criminals ‘being sent to God to account for their crimes.’”