The Christian Association of Nigeria, Borno Chapter, has said there was no ulterior or negative motive involved in a viral video showing some Christian women groups in Kanuri attire singing Christian songs.

CAN in a release on Sunday said no religious tension should be generated by the video and it apologised for any colouration given to it, saying it was not intended to offend the other religions of Borno residents. 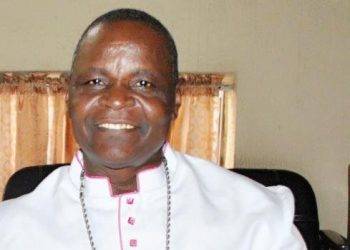 The release was signed by the state CAN Chairman, Bishop Naga Mohammed, and Secretary, Reverend Joseph Kwaha.

Newzandar News learnt that a video of Christian women in Kanuri attire singing Christian songs in a song track had attracted several controversies from various quarters of the state, leading to a terse press release from the Borno Emirate Concerned Citizens.

But CAN in its release said, “We wish to state and reiterate the commitment of the Christian community in Borno State to the peaceful coexistence of the people of Borno State and indeed Nigeria as a whole.
“Against the background of the insurgency and insecurity that has bedevilled us for over a decade, no well-meaning individual, group or organisation, religious or otherwise can afford to do anything likely to jeopardise or compromise the relative peace that we are now enjoying the state.

“This relative peace is a product of the selfless and tireless efforts and commitment of our governor, Babagana Zulum. It is also the product of the sacrifices of our security personnel.

“Against this background, the Christian Association and the Christian community in Borno wish to state categorically and unambiguously that the Kanuri dress worn by the women Christian group in the video did not have any ulterior motive of the inferences contained in the said press release or intended in any way to offend the Kanuri or any other tribe (sic).

“Rather it depicts the socio-cultural harmonious coexistence and religious tolerance Borno has enjoyed from time immemorial.

“With all sense of responsibility, the video was not meant or intended to offend the Kanuri or portray that they have been converted to Christianity.

“As earlier said, the wearing of the Kanuri dress by the Christian video was never meant to provoke His Excellency, the governor of the state, his Royal Highness, the Shehu of Borno, the Kanuri generally or anybody for that matter.

“If, however, that is the effect and impression created, we offer our sincere apology to all those who are offended by the portion of the 8 tracks in the video in question.”