The Governor of Lagos State, Babajide Sanwo-Olu, has said the isolation centres in the state earmarked for the COVID-19 treatment are getting occupied again.

Sanwo-Olu, during a media briefing on Sunday, expressed concern over the increasing number of cases in the state and hinted that there is a potential third wave in Lagos. 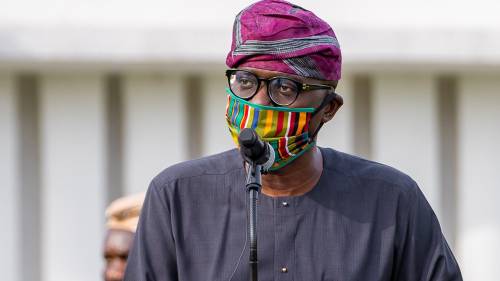 According to him, the isolation centres have recorded a five per cent increase in occupancy in two weeks.

“From the beginning of July, we started to experience a steep increase in the number of daily confirmed cases, with the test positivity rate going from 1.1% at the end of June 2021 to its current rate of 6.6% as at 8th of July 2021.

“The rapid increase within a week gives great cause for concern. Also, within the last two weeks, the occupancy rate at our two isolation centres increased from an average of one per cent to six per cent,” Sanwo-Olu said.

This comes barely two days after the Nigeria Centre for Disease Control (NCDC) said it had detected a confirmed case with the SARS-CoV-2 Delta variant, also known as lineage B.1.617.2.